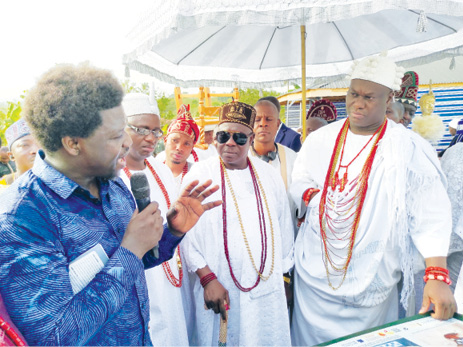 Babalola, who is a researcher with British Museum, said the Olokun bronze head believed to represent the King was excavated at the site in 1910 by locals for a German anthropologist, Leo Frobenius.

He said in 2010 and 2012, further excavations where over 12,000 glass beads as well as hundreds of glass-encrusted crucible fragments, other glass production debris and pottery were recovered by Babalola .

Oba Ogunwusi said the artifacts were of great significance to the Yorubas as they further established the connection between the Yorubas and science and technology since over four thousand years ago.