One year after, group to immortalise Prof Sule Bello

A group, Sule Bello Legacy Project, has held a special exhibition in memory of the late history and culture scholar, as part of activities to mark… 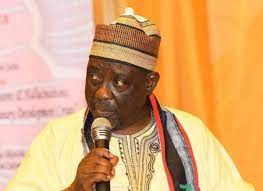 A group, Sule Bello Legacy Project, has held a special exhibition in memory of the late history and culture scholar, as part of activities to mark his one-year death anniversary.

The exhibition was held on Sunday at Kano State History and Culture Bureau (Gidan Dan Hausa), one of the places he had led.

Professor Sule Bello was, until his death on October 2, 2021, the National Chairman of the People’s Redemption Party (PRP), and was once Executive Director, National Council for Arts and Culture (NCAC) and president, World Craft Council (WCC).

The chairman of the legacy group and close associate to the late scholar, Yusuf Abdallah, said the group organised the exhibition to showcase the history of the late Bello for admiration and emulation of younger generation.

“Our main objective is to draw the attention of the whole world to this iconic scholar …to the production of knowledge and his various stewardship in different aspects of human life, especially history and culture, environment, community spirit and school mentorship.

“We have documented his life into lectures and book. This particular exhibition will continue till December.

“Late Professor Bello was very simple and humble. Humility and approachability are his hallmark.

“He also had keen interest in preserving history and culture of Kano people, so we are doing same to him so his legacies will continue to live forever,” Abdallah explained.

He also said the group would today hold memorial lecture where scholars present papers about the life and legacies of the late scholar.

Daily Trust reports that among the things exhibited were his attires, awards, certificates, his areas of interest in traditional music, plays, food/delicacies and commerce.

Late Bello was also a Professor of History from Ahmadu Bello University (ABU), Zaria, where he also had his bachelors, masters and doctorate degrees.