One stabbed to death as rival groups clash in Jos

A 21-year old, Usman Musa, was on Wednesday night stabbed to death as rival groups popularly known as Sarasuka clashed... 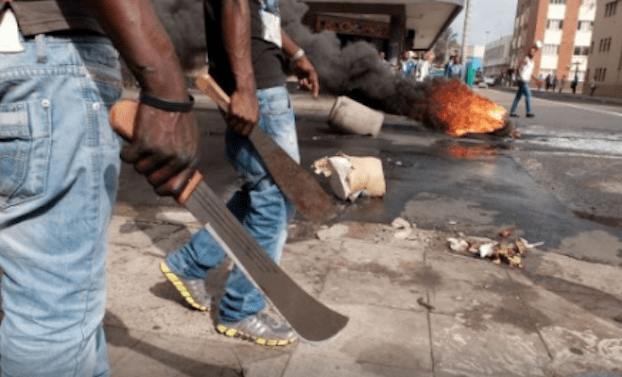 Thu, 3 Mar 2022 13:02:12 WAT
21-year-old Usman Musa was on Wednesday night stabbed to death as rival groups popularly known as Sarasuka clashed in the Anguwan Rogo community of Jos North Local Government Area of Plateau State.
The fight occurred at 9 pm when many residents of the area were still going about their normal daily activities.
Our correspondent, who witnessed the incident, reports that the victim was stabbed in the neck when one of the rival groups stormed the area on a revenge mission.
Abba Musa, an elder brother to the deceased, confirmed the incident to Daily Trust, adding that Usman was a victim of circumstance as he was never a member of Sarasuka or the rival group.
He said, “The victim just went out of the house when suddenly he met with the assailants who were on a mission to revenge in the area. Apart from him (deceased), they also wounded other passersby who they met when they arrived the area.”
The spokesman of the State Police Command, ASP Ubah Gabriel, could not be reached for comment.
But our correspondent, who was in the area, reports that police personnel were deployed to restore law and order in the community.