A clash between supporters of the governorship candidates of the All Progressives Congress (APC) and the Peoples Democratic Party (PDP) in Ondo State, on Wednesday,… 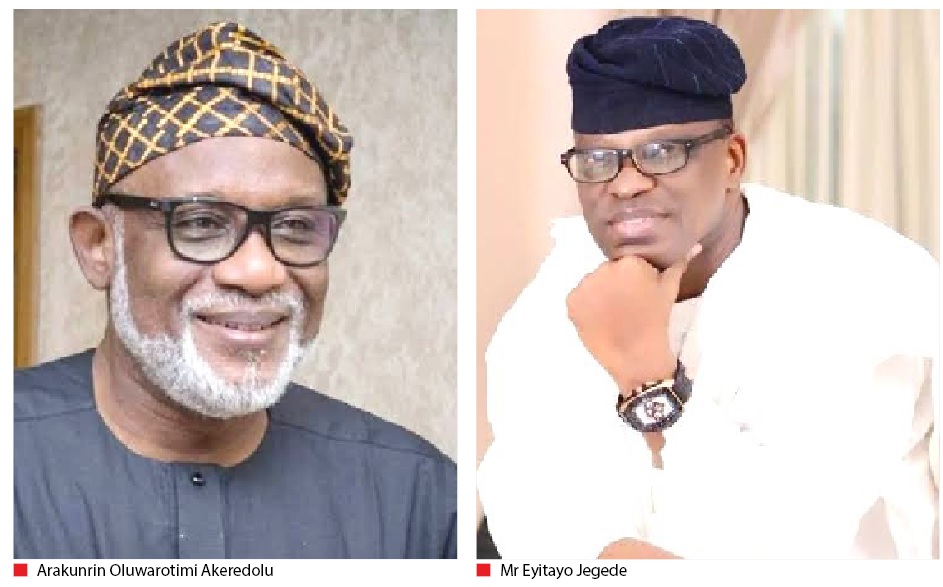 A clash between supporters of the governorship candidates of the All Progressives Congress (APC) and the Peoples Democratic Party (PDP) in Ondo State, on Wednesday, left some people injured and vehicles damaged.

The VoteNotFight campaign in Ondo

US imposes visa ban on riggers ahead of Edo, Ondo polls

Varying accounts said about eight people sustained injuries in the incident where one vehicle was burnt.

The camps of the APC candidate, Governor Rotimi Akeredolu, and PDP candidate, Eyitayo Jegede, have accused each other of being responsible for the fracas.

The PDP governorship candidate for the October 10, 2020 gubernatorial election, Jegede, on Wednesday said that he escaped an assassination attempt by APC thugs at Oba-Akoko in Akoko South-West LGA of the state.

He disclosed this at his campaign office in Akure, the state capital, while briefing newsmen on the alleged attacks on his entourage while on a campaign tour in the Northern Senatorial District of the state.

Jegede said he was at the palace of Oloba of Oba-Akoko with members of PDP who were in his entourage when some armed thugs in the entourage of Governor Akeredolu shot at the vehicles of PDP parked in the town.

He disclosed that he called Akeredolu and informed him about the incident and that the governor expressed shock.

“Hoodlums loyal to the PDP governorship candidate, Jegede, on Wednesday attacked the convoy of Governor Akeredolu, at Oba Akoko in Akoko Southwest LGA of the state.

“Governor Akeredolu and the APC campaign train was on the way to Ikare-Akoko in continuation of the local government campaign rally when the PDP struck and attacked the convoy of the campaign train.

“The branded campaign vehicle donated to Akeredolu campaign by Ambassador Sola Iji has been set ablaze by the PDP hoodlums.

“The driver of the vehicle sustained bodily injury and is receiving treatment at a government hospital,” the Akeredolu Campaign Organisation’s spokesman, Richard Olabode, said in a statement issued on Wednesday.