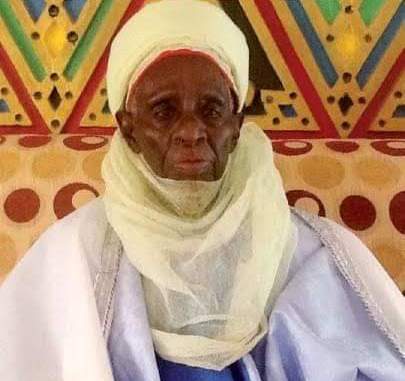 Sources close to the family revealed that the first Commissioner for Education in Kano State died in the early hours of Friday after a brief illness at the age of 95.

According to history, a deposed Emir of Kano, Sir Muhammadu Sanusi I, appointed Adnan as Sarkin Bai in 1954 to succeed his father.

He was also a member of the House of Representatives during the First Republic and was appointed the first Kano State Commissioner for Education in 1968.

Before his death, Adnan was the longest serving member of the Kano Emirate Council since the establishment of the emirate in the 19th Century. He jointly served for 63 years as a district head, councillor and kingmaker.

President Muhammadu Buhari in a statement issued yesterday by his media aide, Garba Shehu, said Sarkin Bai’s death was the fall of a colossus with a remarkable record of service.

President Buhari said the late Sarkin Bai Kano was “an immense historical figure who loomed large in our political and cultural affairs.”

“Mukhtar Adnan’s record of serving the Kano Emirate for 63 years and as a Chief Whip in the First Republic parliament qualifies him to be one of our greatest historical players and actors in the evolution of Nigeria,” the statement from Garba Shehu added.

In a condolence message to the family, Governor Abdullahi Umar Ganduje of Kano State described his death as “loss of a rare gem, a highly disciplined and a patriotic leader.”

The governor said the state would always appreciate the late traditional ruler’s contribution towards the attainment of positive developments in the state.

“As a federal legislator who served at the National Assembly of the First Republic, Dr Mukhtar Adnan was one of those politicians who shaped our democracy to its present state of development and survival,” Gov Ganduje said.

The late Sarkin Bai Kano was buried in his Dambatta house after a funeral prayer led by the Dambatta Chief Imam, Malam Nasir Abubakar.