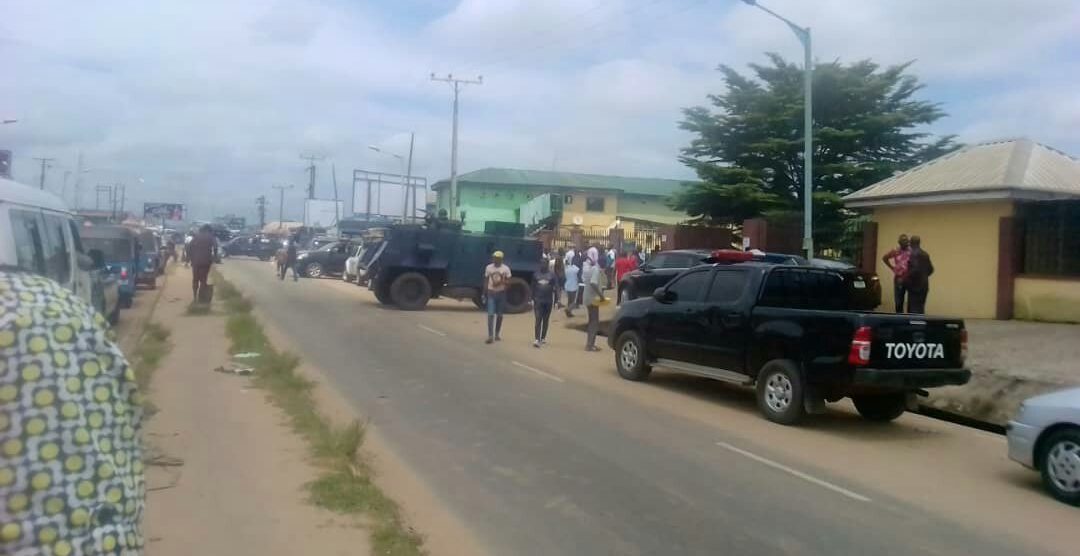 The tight security mounted by various police anti-riot units was compel by the surge of party loyalists who stormed the tribunal venue.

The tribunal panel presided by Justice Suleiman Belgore, after hearing submissions from the parties to the petitions filed by Great Ogboru and his party, the All Progressives Congress, had reserved judgment for today.

However, the tribunal up till the moment of sending this report has not commenced judgment proceedings as the electricity supply went off, prompting the presiding judge to suspend ongoing introduction of his colleagues in court.

The power outage, which has lasted for about three hours, is yet to be restored, though the authorities have brought a standby generator.

Meanwhile, the state commissioner for higher education, Patrick Muoboghare made a passing remark that the judgment is a mere judicial walk over.