Delta Governor, Sen. (Dr) Ifeanyi Okowa has charged the Institute of Chartered Accountants of Nigeria (ICAN) and other professional bodies to explore new corridors of… 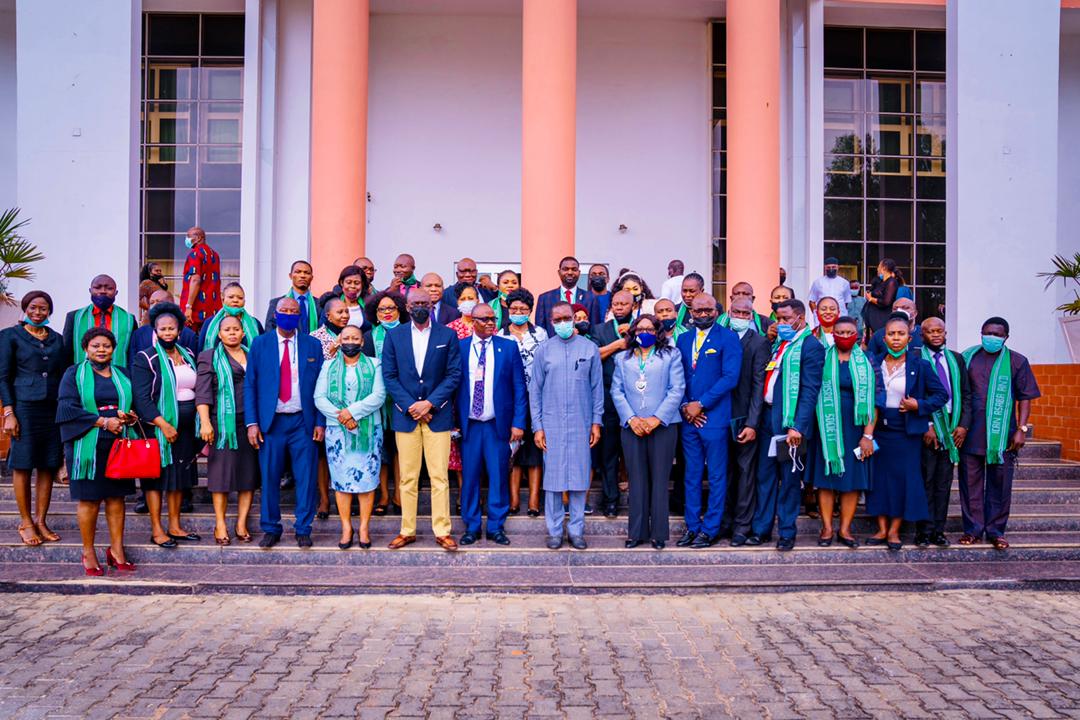 Delta Governor, Sen. (Dr) Ifeanyi Okowa has charged the Institute of Chartered Accountants of Nigeria (ICAN) and other professional bodies to explore new corridors of national planning for the development of Nigeria’s economy.

Okowa gave the charge on Friday when he received on courtesy visit the 56th President of the Institute of Chartered Accountants of Nigeria (ICAN) Dame Onome Adewuyi and her delegation at Government House, Asaba.

He lauded the role accountants play in the development of the nation’s economy, but challenged them and other professionals to enunciate plans that could uplift the nation from its current economic challenges.

The governor said that Nigeria must begin to plan concerning its increasing population, explaining that without proper planning, rising population would continue to retard the country’s economic development and national growth.

He remarked that many governments in Nigeria had virtually become fees and salary-paying states, leaving them with no money left for capital development, “and it’s capital development that truly runs the economy of states and the nation’’.

According to the governor, the budgets of the states and the Federal Government are characterised by huge recurrent expenditures in terms of payment of salaries, overhead, repayment and servicing of debts, leaving virtually very little for the development of the nation.

“The impact is not only on the states; at the level of Federal Government, it’s quite a problem because today, we are almost living virtually on borrowing to be able to execute capital projects.

“It’s a problem all of us have to look into and it’s something you can look into and offer your advice to both the Federal Government and the states.

“The challenge is there but there must be a process to address it on a gradual basis, because if we do not do so, we will be getting to a situation where we definitely embarrass ourselves as a nation and we hope that we don’t get to that point in the history of this nation,” Okowa said.

He added that as much as possible “Nigerians need to think about what we can do because we are busy everyday planning our expenditure without planning the population of the nation.

Earlier, Dame Adewuyi had commended the governor for the new paradigm he introduced to the leadership and governance of the state.

She stated that capacity-building was the primary mandate of the ICAN and lauded the governor for his administration’s massive investment and educational transformation, including the recent upgrade of three existing higher institutions to universities.

She disclosed that ICAN had concluded arrangements to establish a university in order to support stakeholders in the educational value-chain at bridging the gap in tertiary education in the country.

“We plan that the specialised university will commence with postgraduate courses in social and management science and will open to the public for admission by the next academic session in September, 2021,” she added.