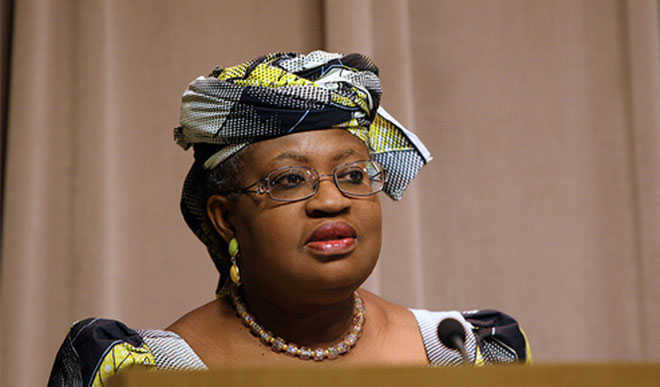 Ngozi Okonjo-Iweala has thanked Nigerians and President Muhammadu Buhari over the support as she aspires to be the first Director-General of the World Trade Organisation (WTO).

Former Nigeria’s Minister of Finance and a one-time managing director at the World Bank is one of the two final candidates contesting the plum job that will be decided through voting by November 6, 2020.

Contesting the final round with her is South Korea’s Yoo Myung-hee.

The excited Iweala twitted on her verified Twitter handle @NOIweala that she is “happy to be in the final round of the @wto DG campaign. Thanks, WTO members for your continued support of my candidacy. I could not have made it without the prayers and support of all Nigerians and friends around the world. Thank you @MBuhari and all my friends. Aluta continua!”

Ngozi Okonjo-Iweala had previously hinted she will implement rigorous reforms at the WTO if elected as the DG.

“WTO reform will be tough – but I’ve delivered hard reform before, including reform of countries’ trade regimes. In addition to this, I’m the only candidate working at the intersection of trade and public health” she previously Twitted.