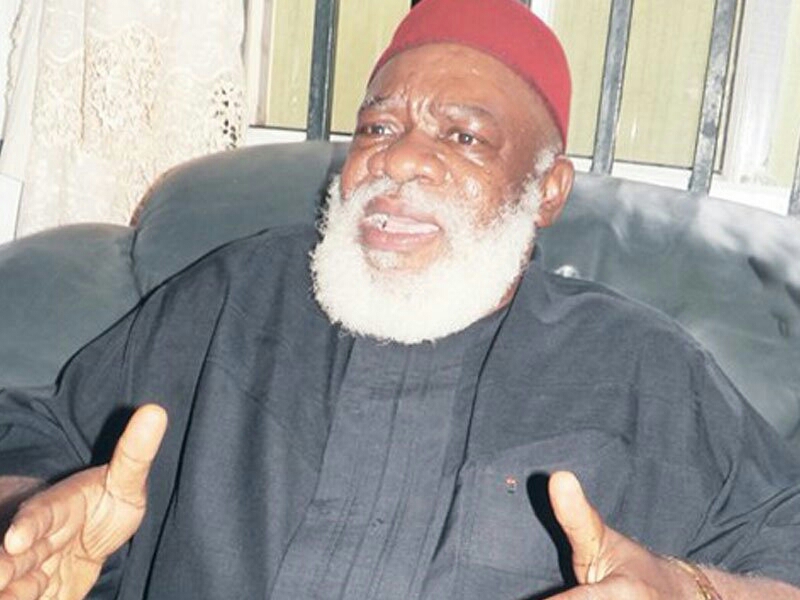 Debe was said to have collapsed and died in the early hours of Saturday. He was aged 60.

One of his associates, who is also the Director General of the Nigerian Intervention Movement (NIM), also known as ‘Third Force Movement’, Wale Okunniyi, confirmed Debe’s death in a statement made available to journalists in Lagos.

“The third force movement of Nigeria today, have been thrown into mourning by the sudden demise of our South east Leader, Chief Debe Odumegwu Ojukwu, Son of Dim Emeka Odumegwu Ojukwu, late leader of Biafra, who reportedly passed yesterday after a brief illness

“Debe Ojukwu was until his sudden departure yesterday the Leader of the Nigeria Intervention Movement, NIM in the south eastern region of Nigeria and one of the greatest financial contributors to the third force agenda in Nigeria, always insisting that all leaders and members of the 2019 Movement, which recently gave birth to a mega revolutionary Party, the Peoples Trust, PT, must make financial contributions to the movement at every meeting to take collective ownership and prevent money bags from hijacking the movement

“Leaders of the third force, in the meantime, are scheduled to meet with members of the Ojukwu family for a befitting burial of the remains of their south east Leader,” the statement read.