The President General of the Ohanaeze Ndigbo, Professor George Obiozor, has stated that Nigeria’s unity is negotiable and must be re-negotiated for the country to… 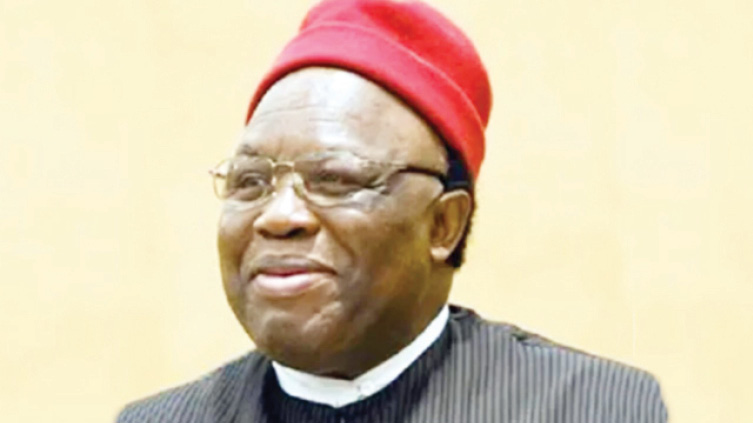 The President General of the Ohanaeze Ndigbo, Professor George Obiozor, has stated that Nigeria’s unity is negotiable and must be re-negotiated for the country to stand the test of time.

He stated this while delivering an address at the Nigeria Institute of International Affairs (NIIA) public lecture in Lagos with the theme, “Nationalism and Nation Building in Nigerian History.”

Obiozor said, “Nigeria’s unity is definitely negotiable and must be re-negotiated for it to stand the test of time. The reality over the years remains that in spite of the best efforts of our leaders past or present, Nigerian unity is not guaranteed. It is simply an inspiration and not yet an achievement.

“For Nigerian unity and nation building to succeed, the leaders need to emulate the experiences of countries that did not ignore the element of pluralism in their respective countries and societies. Nationalism, including ethnic nationalism, is not about to disappear in the world generally, and certainly not in Nigeria, no matter how much we want to wish it away.”

Proffering solutions to the issues surrounding Nigerian unity, Professor Obiozor stated the need for a system of shared power and good leadership.

The Director, Publicity and Advocacy of Northern Elders Forum, Dr Hakeem Baba-Ahmed, said it was a fallacy to say the unity of Nigeria was non-negotiable.

“Nigeria’s unity is negotiable. You either negotiate it or we will continue to manage the crisis because nations are very fragile or delicate living things and you have to nurture them and pay attention to their weaknesses and strengths from time to time or they break. We are at a breaking point.

“Anybody who takes the unity of their country as non-negotiable is not talking about a human entity created by human beings,” he said

Leader of Afenifere, Pa Ayo Adebanjo, urged leaders to be honest and sincere in their dealings with the citizens.

A Professor Emeritus and renowned social scientist, Professor Jide Osuntokun, stated that the verdict on the way to run the country was hanging without much time to find an appropriate constitutional architecture with which Nigeria could build a happy state for all ethnicities.

“Nigeria has not yet succeeded and from the various demands for restructuring the country by everyone, it seems to me that those in power had better listen and control events from above rather than leaving the people to demand by force of numbers from below,” he said.