Ogun Pensioners to Abiodun: you paid N3bn for gratuity, not N70bn 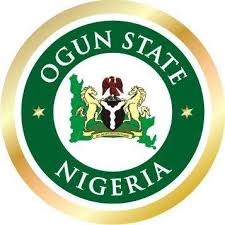 The Nigeria Union of Pensioners (NUP) in Ogun State has faulted Governor Dapo Abiodun’s claim that over N70billion had been released for the payment of gratuity arrears and pensions since he assumed office in 2019.

Abiodun spoke recently during the Town Hall Meeting on the 2023- 2025 Medium Term Expenditure Framework (MTEF) and 2023 Budget for Ogun East Senatorial District, held in Ijebu-Ode, disclosed that over N70billion had been released for the payment of gratuity arrears since he assumed office in 2019.

Benue will vote against Atiku if he fails to apologise &#8211; Ortom

The governor also said had increased the quarterly payment to defray outstanding gratuities from N500m to N600m.

But the Chairman of NUP, Waidi Oloyede, while addressing newsmen in Abeokuta, faulted the governor’s claim, saying only N3billion had been paid for gratuity since Abiodun assumed office in May, 2019.

Oloyede explained that the N3bn when calculated “could not pay gratuities of those who retired during his tenure i.e from June, 2019 till date.”

The NUP Chairman also expressed concern that the N100m increment to the N500m quarterly payment for gratuities was not enough as it would take more than 30 years to clear the backlog of gratuities.

He said, “It is very disheartening to note that his Excellency, Dapo Abiodun would make such statement to the whole world at that forum insinuating perhaps that the pensioners are being ungrateful to his acts of kindness at paying our monthly pensions which is not enough to feed most retirees talk less of taking care of the health challenges.

He said the governors like Abiodun all inherited the debt when assumed office.

Oloyede said, “How far will the N600m quarterly gratuity just announced will go? Many pensioners received the September, 2022 pensions on the 18th October, 2022, and do not know when that of October, 2022 will come. It has never been this bad in the history of Ogun State, whereas Governor Seyi Makinde pays pensions on the 25th of each month.

“Pensioners are dying in droves on a daily basis for lack of good health care requiring financial redemption.

“It is unfair, coming from a Governor and directed against the Senior citizens that have served meritoriously for decades of which the take home of many is barely N5,000.”

He called on Abiodun “to pay all our entitlements and effect consequential Adjustment of pensions, then he can extol himself before the whole world as a pensioner friendly governor.”

When asked if Abiodun had lied on the N70bn payment, Oloyed responded that “One thing you have to understand is that he has given the total amount he has paid to the pensioners, and only him can explain how he arrived at N70bn, but as far as our own record is concerned, only N3billion has been paid for the gratuity.”