Ahead of Saturday’s gubernatorial election in Ogun state, a faction of the Peoples Democratic Party (PDP) on Thursday adopted the candidate of the Allied Peoples… 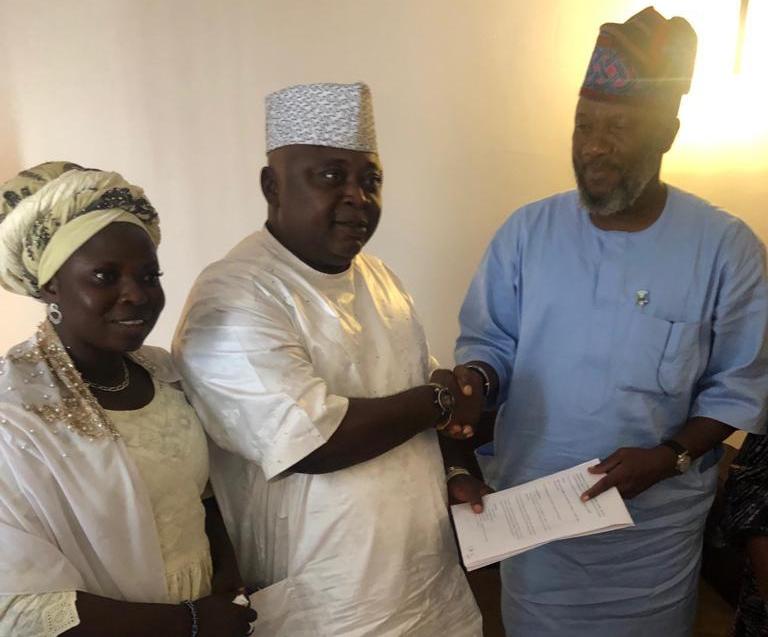 Ahead of Saturday’s gubernatorial election in Ogun state, a faction of the Peoples Democratic Party (PDP) on Thursday adopted the candidate of the Allied Peoples Movement (APM), Adekunle Akinlade as its governorship candidate.

The faction which is being financed by a governorship aspirant, Oladipupo Adebutu and serving member of House of Representatives, has the backing of Uche Secondus-led National Working Committee (NWC) of PDP.

Speaking with newsmen in Abeokuta on Thursday after Adebutu and Akinlade had signed a Memorandum of Understanding (MoU), the Chairman of the faction, Sikirullahi Ogundele said the PDP group had adopted Akinlade having considered his credibility and uprightness.

Ogundele said the faction would not be dumping PDP rather they would be voting the APM candidate on Saturday.

“As I am speaking with you, the entire State executive members, Local Government and Ward levels have graciously adopted the candidature of Hon Abdulkabir Akinlade. And come Saturday, we have directed our members to go and vote for Hon Akinlade,” Ogundele said.

Asked if the PDP NWC approved the adoption, Ogundele said “We don’t need to have mandate of anybody to adopt or carry out what we believed in.”

A copy of the MoU which was sighted by our correspondent indicated that Akinlade if elected will concede for the Adebutu-led PDP faction two Commissioners, three senior special assistants, two special advisers, five special assistants, Chairman of State Universal Basic Education Board or Local Government Service Commission and Director General of Bureau of Lands or Chairman of the Ogun State Property and Investment Corporation, OPIC among others.