Ten years after the inauguration of a United Nations Environment Programme (UNEP) tagged “Ogoni Cleanup”, thousands of Ogoni indigenes drawn from its six kingdoms of… 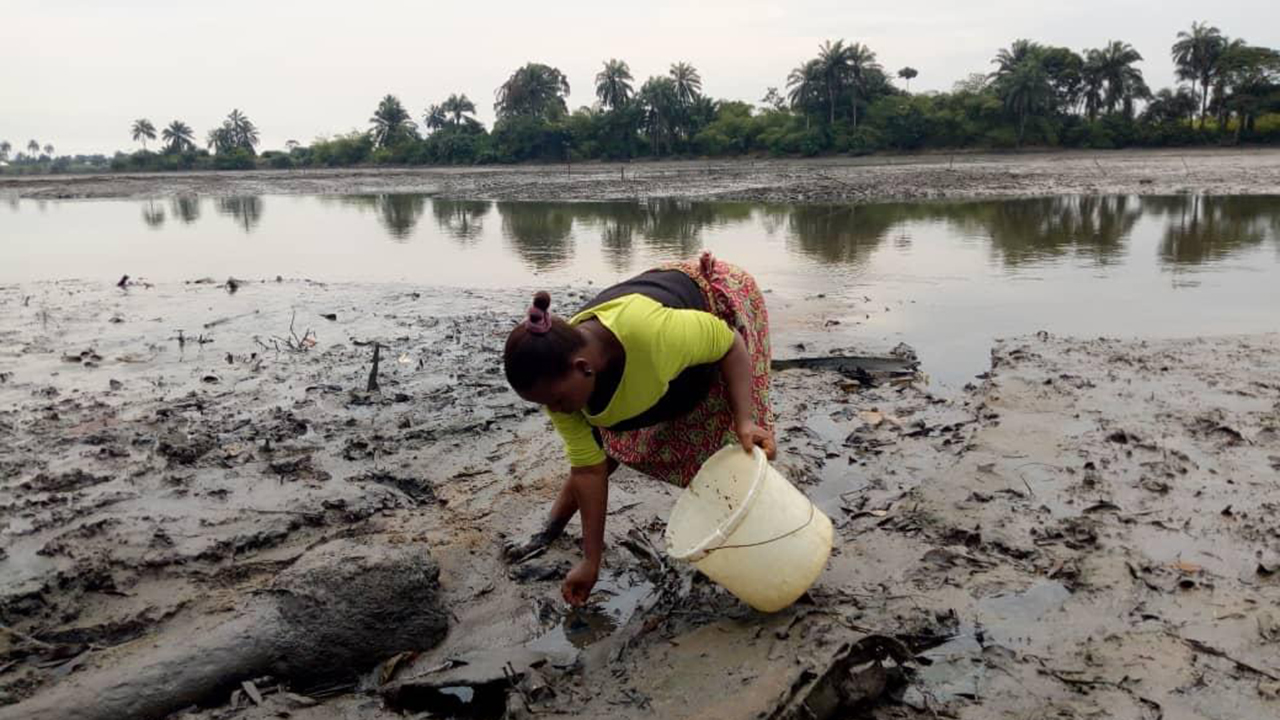 Ten years after the inauguration of a United Nations Environment Programme (UNEP) tagged “Ogoni Cleanup”, thousands of Ogoni indigenes drawn from its six kingdoms of Babbe, Eleme, Gokana, Ken-Khana, Nyo Khana and Tai are yet to feel the impact of the exercise that has gulped billions of naira.

Based on the initial request from the federal government and the background work undertaken by UNEP, about eight assessments were formulated for the cleanup: they included a comprehensive assessment of all environmental issues associated with oil fields in Ogoniland, quantification of impacts, provision of useful guidance data to undertake remediation of contaminated soil and groundwater, provision of recommendations for responding to future environmental contamination from oilfields, as well as enhance local capacity for better environmental management and promote awareness of sound environmental management and sustainable development.

UNEP’s field observations and scientific investigations found that oil contamination in Ogoniland is widespread and severely impacts many components of the environment. Even though the oil industry is no longer active in the Ogoni communities, oil spills continue to occur with alarming regularity, a situation that makes the communities to live with pollution every day.

Remote sensing, according to the UNEP report, revealed a rapid proliferation in the past two years of artisanal refining, whereby crude oil is distilled in makeshift facilities. The study found that the illegal activities are endangering lives and causing pockets of environmental management problems.

Thus, President Muhammadu Buhari, in June, 2016, re-inaugurated the cleanup project and set up Hydrocarbon Pollution Remediation Project (HYPREP) to oversee the total rehabilitation of the contaminated and polluted sites of Ogoni communities.

This was because oil pollutions destroyed aquatic life, the environment and sources of potable water in the communities.

Therefore, the inauguration of the cleanup was received with pump and pageantry by the locals who thought that the exercise would reclaim their environment and bring back their green vegetation and aquatic life. But the hopes of the communities were short-lived as the much expected UNEP cleanup failed to achieve the desired objectives.

Of a very worrisome situation is the communities’ inability to access potable water as the sources have been polluted with benzene and hydrocarbons.

The Federal Ministry of Environment, in 2021, awarded a N6bn contract for the provision of potable water in four Ogoni LGAs of Gokana, Khana, Eleme and Tai, but residents and some Non-Governmental Organisations (NGOs) said the water project was “mere boreholes which ran short of the integrated water project recommended by UNEP.

The Ogoni also complained that they were not considered in the award of contracts for the cleanup, noting that out of the six companies awarded the contract for the water project, only one contractor was indigenous.

A group, Ogoni Peoples Assembly (OPA), earlier called on the Minister of Environment to consider indigenous contractors in the execution of water and remediation projects in the HYPREP cleanup.

The leader of OPA, Rev Tom Probel Williams, said the Ogoni would resist any hijack of the water rehabilitation contract and any HYPREP contract that did not bestow right of first choice on Ogoni people.

He said equity demanded that the indigenous Ogoni should head the Community, Media and Communications Unit of HYPREP, as well as handling of the water projects by qualified Ogoni companies.

Rev Williams said, “The honourable minister should be notified that Ogoni parade the highest crop of top civil servants in Rivers State competent enough to fill all overdue openings needing replacement in HYPREP.

“May we seize this opportunity to inform you that Ogoniland, having suffered the highest number of oil spill incidents in the whole of the Niger Delta, with an average of over a 1,000 spills, parades the most experienced pool of vendors to deliver world class remediation as evidenced in the leading companies finishing first and tops in the last two batches of HYPREP contract awards.

“It is only fair to allow 60 per cent Ogoni and 40 per cent non-Ogoni in all contract awards in HYPREP. It is on record that in March, 2021, the Ogoni woke up to see that the  Minister of Environment had awarded six water contracts worth over N6bn and only one was given to an Ogoni contractor. We’re just hearing that the ministry is about awarding 14 contracts without an Ogoni contractor considered even when we have several qualified companies. We will resist any such move vehemently.

“It should be noted that this cleanup project is a product of a very costly struggle that took the lives of over 2,000 Ogoni people, including Ken Saro-Wiwa. The issue of domestication, local content and capacity building is dear to our hearts and we will pursue and ensure it. Our heroes won’t die in vain.”

The group also sought sustainability and return on investment to the people and called for the smooth take off of the University of Environment, Saakpenwa, the building of a centre of excellence, an integrated waste management centre, as well as the relocation of HYPREP office to Bori.

Dr Evidence Epaabari Enoch, the Secretary of OPA, faulted the process involved in the award of the water contract in Ogoniland.

He said the Ministry of Environment did not carry out feasibility study before it awarded the contract, noting that what the contractors did were mere boreholes without treatment plants.

He said the water projects dug so far were not sustainable, noting that the water still had benzene contamination.

Mr Fagule Nsuke, leader of the Movement for the Survival of Ogoni People (MOSOP), said the Ministry of Environment contravened the recommendation of UNEP in the award of the water project.

He said UNEP recommended an integrated water project for Ogoni communities, also noting that what were on ground were mere boreholes that had particles of benzene and hydrocarbons.

HYPREP had earlier charged contractors handling both remediation and water contracts to expedite action towards the speedy completion of the projects.

The immediate past Project Coordinator of HYPREP, Professor Philip Shekwolo, gave the charge during a performance review meeting held with contractors at the Project Coordination Office (PCO) in Port Harcourt.

He stated that HYPREP would not condone any delays to the completion of projects. He particularly frowned at the slow pace of work on some sites and warned that some remediation contractors could risk revocation if contractors did not intensify efforts in completing them in record time.

He stressed that although HYPREP was disposed to growing the capacity of local contractors, it would be raising the bar in subsequent contracts to allow for more financially viable remediation companies to come in.

The Environmental Rights Action/Friends of the Earth Nigeria (ERA/FoEN) raised alarm recently that it had uncovered a toxic waste dump site by Shell in Kdere, Gokana.

ERA/FoEN, in a press statement signed by Barrister Mike Karikpo, its programme director, stated that a team of its environmental field monitors visited Lot 13 and Lot 14 on September 28, 2021, and unearthed Shell’s toxic waste dump site in Kdere community.

According to the statement, some workers of Centennial Development and Investment Limited, the contractor assigned to cleanup and remediate Lot 13 Phase 1 Batch 1 of the HYPREP delineated cleanup sites, also complained of a powerful stench oozing from the lot.

ERA/FoEN further stated that an environmental scientist in the team disclosed that the stench and the colour of the groundwater in the pit were signs that the site could be a toxic waste dump site.

The statement reads in part: “The excavated area has been cordoned off, but despite the possible health and safety implications of working in such deleterious environment, work is still ongoing at the different sections of the site and many of the workers do not have the benefit of protective face masks or other protective gears needed for such harmful site work.”

ERA/FoEN recalled that in 2018 similar substances with heavily offensive odours were discovered at Oil Well No 39 in Kdere community, and that laboratory analysis confirmed that the substances were toxic wastes buried there by Shell.

Lamenting the situation, Dr Godwin Uyi Ojo, Executive Director, ERA/FoEN, condemned Shell’s alleged frequent release of toxic chemicals with repugnant smells dumped in Ogoni. He said this was a major source of soil contamination and water pollution with serious health hazards, noting that community folks died in instalments owing to no fault of theirs but the greed and plunder of an oil company that would not play to the rules, but had perfected the art of repeatedly violating the people of Ogoniland and their environment.

Dr Ojo stated that, “What is playing out in the Ogoniland cleanup in the uncovering of secret toxic waste dump sites is the lack of transparency and accountability of oil transnational companies’ operations throughout the Niger Delta that have destroyed the environment, reduced livelihoods potentials and impoverishment of the people.”

To this end, Dr Ojo called for the “immediate investigation by relevant agencies, especially NOSDRA, of the waste dump by Shell to ascertain the level of toxicity and harm to the people, environment, livelihoods, and provide appropriate remediation.”

He added that, “The federal government should urgently declare ecological emergency in the Niger Delta to address the decades of ecological disaster in the region.”

He said President Buhari had proven that he could be taken seriously for keeping his campaign promise to the people of Ogoni, while noting that the cleanup exercise suffered a lot of setbacks during the previous administration President,Goodluck Jonathan.

He said that the people of Ogoni made several requests for the implementation of the Ogoni cleanup exercise which he said was denied by the then President,Goodluck Ebele Jonathan.

He pointed out that during the tenure of the then administration there was no success recorded concerning the Ogoni cleanup except the fact that there was an office space where staff were resuming for work.