In continuation of the hearing on the Offa armed robbery of April 5th, 2018 when robbers allegedly killed 9 police officers and 11 civilians after… 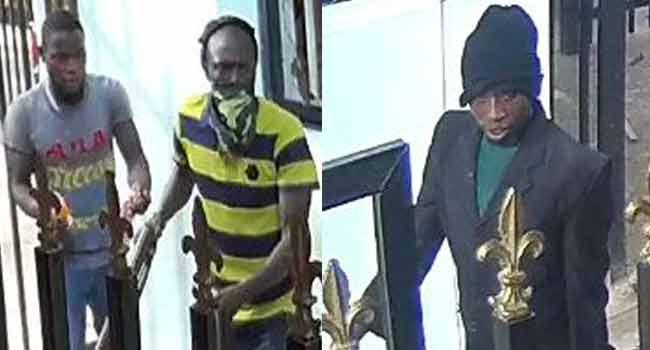 In continuation of the hearing on the Offa armed robbery of April 5th, 2018 when robbers allegedly killed 9 police officers and 11 civilians after they attacked five banks in the town, a guard at the police station on the day of the robbery, Sergeant Sulaiman Mahmud has said his colleagues could not gain access to the armoury where weapons are kept in the station.

During the hearing on the robbery case at the Kwara State High Court yesterday, he said the officer in charge of the armoury was killed right inside his office while sleeping at the time the suspected armed robbers invaded the police station.

How 9 police officers, 11 civilians were killed in Offa robbery -DPO

Sergeant Mahmud, who was the sixth prosecution witness said the armoury officer, Oke Kayode was ill and was sleeping in his office when the robbers struck at about 4:45 pm on the day of the robbery.

The police officer said he lost his AK 47 rifle during the robbery incident because it dropped while he was scaling the police station fence to escape the superior firepower of the armed robbers.

“I was at the entrance of the police station when I suddenly heard gunshots from Captain Cook junction.

“I ran into the police station shouting to alert others that armed robbers were approaching our station.

“I ran for cover shooting to scare the robbers away.

“Suddenly, my gun got hooked, and no one to assist me.

“I ran into the escape route of the station with my rifle.

“As I was about to scale the fence, my rifle fell off and I couldn’t go back to retrieve it as the armed robbers had already taken over the station.

“After the shooting subsided, I came back to meet people crying. I went to the place where my rifle fell off, but I didn’t see it again”, he said.

The court on Tuesday also ordered the prison authorities to see to the medical complaint of the first accused in the robbery case, Ayoade Akinnibosun, whose defence counsel said needs serious medical attention.

The defence counsel had told the court that Akinnibosun has severe pains on his wrist, ankle and right lap.

The presiding judge, Justice Halima Saleeman also overruled the objection to the admissibility of the true certified copies of the death certificates of nine policemen who lost their lives in the robbery incident, raised by the defence counsel.

The defence counsel had objected to the admissibility of the document, saying that the documents were not coming from the maker and thus not admissible.

While adjourning the case to December 21 and 22, 2020, Justice Saleeman agreed to the long adjournment moved by the prosecution counsel, Bola Razaq Gold.

The prosecution counsel had said that the police officer, Danjuma Mohammed Garba, who is the prosecution’s next witness was away in Somalia on a training course and would complete the programme on December 15, 2020.

The prosecution counsel had said that the video recordings and CCTV shots of the robbery incident in the affected banks ought to be played and analysed in court by Garba before any other witness would give evidence.

“Without tendering the documentary evidence through him, our other witnesses would not be able to give evidence,” he said.