In one of his writings, British Philosopher, William Penn, said: “Those who love beyond the world cannot be separated by it. Death cannot kill what… 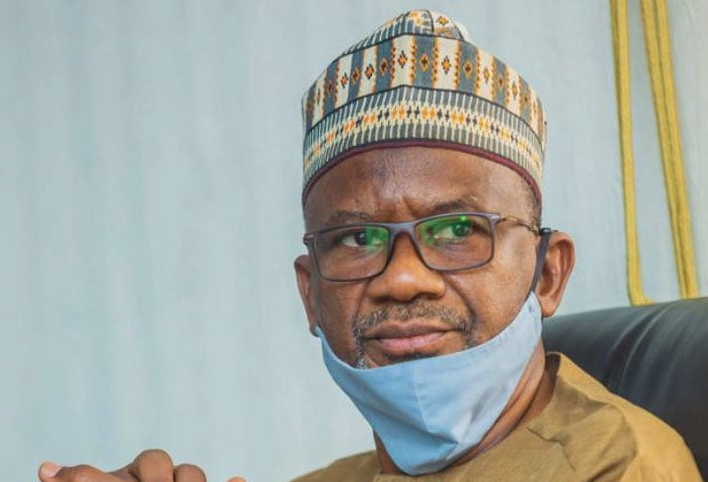 In one of his writings, British Philosopher, William Penn, said: “Those who love beyond the world cannot be separated by it. Death cannot kill what never dies.”

Penn’s quote rings so loud in the mind of former Vice-President Atiku Abubakar, who lost one of his closest aides on Thursday in Dubai, United Arab Emirates. Barrister Abdullahi Nyako, Atiku’s long-serving private secretary, was very close to the Peoples Democratic Party (PDP) Presidential Candidate. The deceased shared some qualities with his principal. Like Atiku, he hailed from Jada Local Government Area of Adamawa State.

Their family tie is on the maternal side. Atiku’s mother hailed from Kojoli. According to family sources, Atiku’s mother left him in the care of Alhaji Hayatu Kojoli, former Emir of Kojoli, after the death of the former vice president’s father. It was at the palace that Nyako and Atiku grew up and bonded so well.

While speaking at the convocation of Baze University, Abuja, in 2021, the PDP Presidential Candidate made reference to how he was raised by his maternal family after his father’s death.

“When I was 11 years old, my father drowned and died while crossing a river in the neighbourhood. He was not up to 40 years. Being an only child, I was raised by my maternal grandparents. Despite my difficult background, I went to school for free, in fact, I was paid to go to school. Initially, my father did not buy the idea of me going to school, for which he had to go to jail,” he had said.

As stated above, the history of Atiku is incomplete without Kojoli, the town which turbaned Nyako as Waziri in 2007 when Atiku left office as vice president. The deceased was one of the kingmakers and confidants of the paramount ruler of the town.

Whether it is a coincidence or not, Atiku was in Dubai when Nyako passed on at United Arab Emirates. His death occurred at a time when Atiku was battling one of the fiercest storms in his political career.

Exactly a week to the kick-off of campaign for the 2023 elections, a major bloc in PDP pulled out of the presidential campaign in what could be interpreted, in some quarters, as forcing the hands of the opposition Presidential Candidate backward. The 2023 presidential election may be Atiku’s last chance of aiming at the highest office in the land and there’s no doubt that he needs all the support he could get from his political family, but death took one of his soldiers in the middle of the war. Life and how it springs surprises.

Dino Melaye, one of the spokesmen of Atiku’s campaign, captures it succinctly when he described Nyako’s death as a loss to Atiku’s political family.

“So Devastating Nyako. We spoke and saw just yesterday. What a loss to the Atiku Political Family. Mr President take heart. GOD will comfort us all. Good man is gone,” Melaye posted on social media.

The death of Nyako occurred three years after that of another longstanding ally of Atiku. Alhaji Njidda Pariya, who died in 2019, served as Atiku’s Personal Assistant.  Atiku’s path crossed with that of Pariya at the Nigerian Customs Service, where the Presidential Candidate rose to the rank of a Comptroller before retiring.

Mourning Pariya, who like Nyako died in a Dubai hospital, Atiku said, “He (Pariya) was a committed loyalist, a strong pillar of support in my life’s journeys and struggles in good, rough and uncertain times. He gave a good account of his service to the nation and association with my humble self, right from our days in the Department of Customs and Excise spanning over three decades. He showed love and solidarity to me and my family and in the process became a member of my family.”

Two years before Pariya’s death, Adinoyi-Ojo Onukaba, a seasoned journalist who served as Senior Special Assistant to the former Vice-President, was knocked down by a vehicle while trying to avoid armed robbers on his way from the 80th birthday ceremony of former President Olusegun Obasanjo in Abeokuta, Ogun state capital.

According to Yusuf Itopa, one of Onukaba’s relations who witnessed the tragic incident, the deceased was hit by an oncoming vehicle while running into a nearby bush to escape armed robbers.

The deceased, who worked at Guardian Newspaper, was a former managing director of Daily Times. He also wrote the biography of Atiku, titled ‘The Story of Atiku Abubakar’.

Mourning his former media aide, Atiku said, “Onukaba was at my house just on Friday; he visited me just before travelling out of Abuja. I had no idea that it was the last time I would ever set eyes on him.”

He recalled his relationship with Onukaba, who covered aviation sector for his newspaper when Atiku was Comptroller of Customs at Murtala Muhammed International Airport, Lagos.

As it is the life of a man, especially a successful one like Atiku, who has had the cause to mix with many people, the Presidential Candidate has had to swallow the bitter pill of losing persons close to him.

Commenting on the tragic loss of Nyako, Atiku said, “Abdullahi was more than an aide, he was a family to me in every sense of the word. He served me with loyalty and diligence. He will be sorely missed.”

From his comment above, it is clear that when Atiku looks into the crowd as he tours the length and breadth of the country, seeking support for his presidential ambition, Nyako will be “sorely missed”.

Born on the 11th of November, 1958 in Kojoli, Jada LGA of Adamawa state, he attended Kojoli Primary school (1966 – 1971), Secondary School, Ganye, Adamawa, (1972 -1977). He later bagged a Bachelor of Arts Degree in History from the Ahmadu Bello University Zaria in 1981. He had a Master’s Degree in Public Administration from the University of Jos and a Post Graduate Degree in 1990.

One year after he graduated from ABU Zaria, Nyako began his public service career. He served as Administrative Officer in the office of the President, Political Affairs Department, Lagos, from 1982 to 1987. He was  also a  Liaison Officer, Office of the President, Abuja, from 1987 to 1988.  He also served as the administrative officer as Administrative Assistant on Special Duties in the Office of the First Lady, State House from 1991 to 1993. He was Executive Director, Local Organising  Committee for the FIFA World Cup, the World Youth Championship Nigeria ’95, from December 1993 to December 1994.

He was Secretary to the Kafin Zaki and Kawali Diversion Project, Abuja, 1994/1995; Head, Budget Unit in the Presidency, Office of the Secretary of the Federation, 1995 to 1999 and Principal Secretary to Atiku from 1999 to 2007. Despite how busy he was as the engine room of Atiku’s office, he enrolled for a law degree at University of Abuja. He was called to the bar in 2007, paving the way for him to become a member of the Nigerian Bar Association (NBA). Aside from NBA, he was also a member of Association of Professional Negotiators and Mediators, the Nigeria Institute of International Affairs, (NIIA), Lagos, International Institute for Public Ethics, (IIPE), and the IBB Golf Club, Abuja.

While celebrating Nyako on his 60th birthday, Bimbo Daramola, wrote a piece titled: “One of the vestiges of Angels in Human Cloak”.

“There are people in life whose path yours crosses with and you will be grateful to God. Such people do not care where you come from, neither does it bother them the faith you profess, but because they are humanists or better still angels in human form they just stand up for you. I am proud to say I met one of such rare angels in this extremely quiet, almost bordering on taciturn person in Barr. Abdullahi Nyako.”

Good night, Nyako. Not just your wife and children miss you, but those whose lives you touched. You are gone, but your good deeds speak. As Scottish poet, Thomas Campbell, said in one of his works, “To live in hearts we leave behind is not to die.”