Supporters of Labour Party (LP) Presidential Candidate, Mr. Peter Obi, organised a rally in support of their candidate in Abuja, on Saturday. Hundreds of supporters… 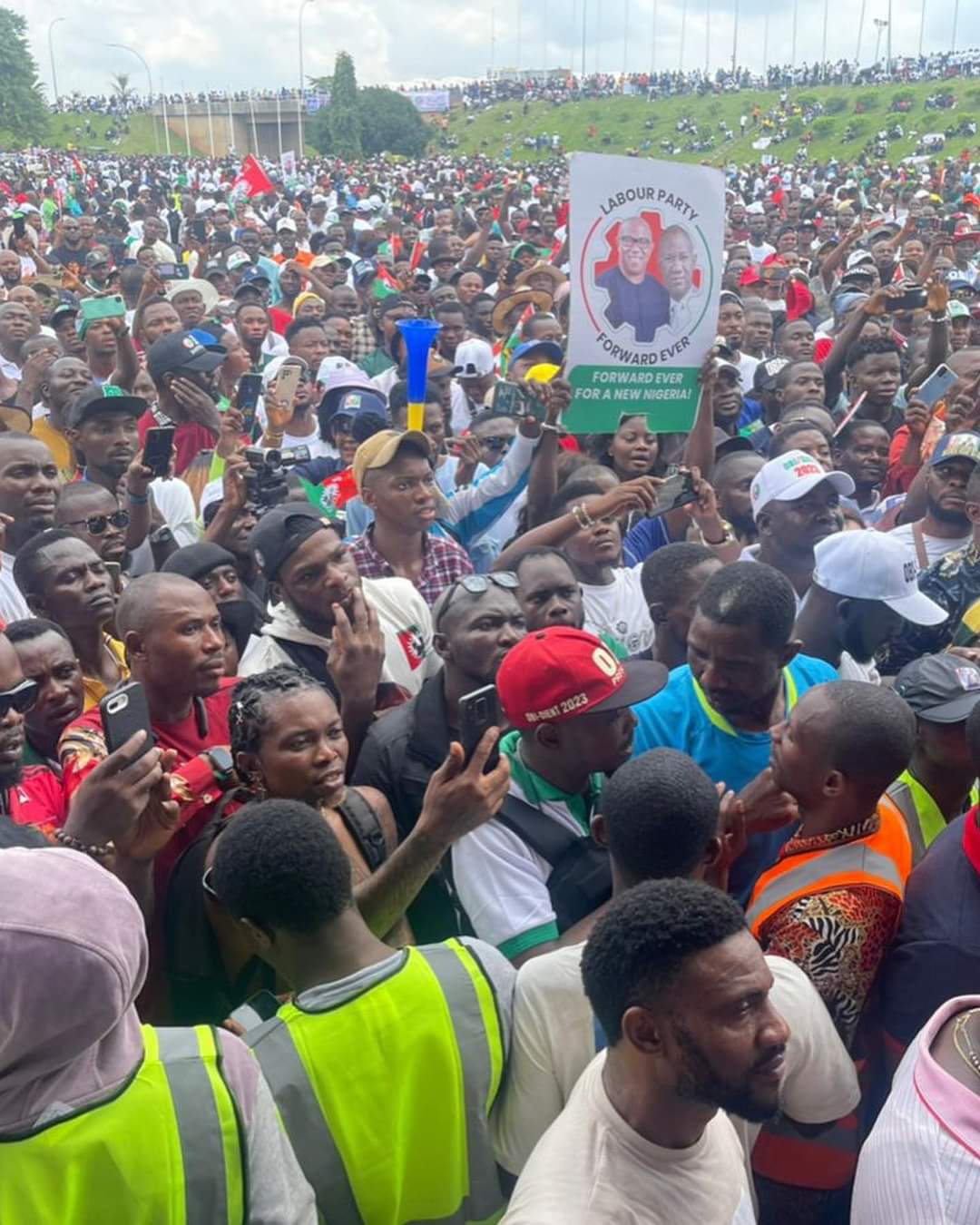 Supporters of Labour Party (LP) Presidential Candidate, Mr. Peter Obi, organised a rally in support of their candidate in Abuja, on Saturday.

Hundreds of supporters under the aegis of the ‘Obi-Dient Movement moved across designated routes in Abuja metropolis, the Federal Capital Territory (FCT).

The supporters as well as other well wishers began their walk from the Unity Fountain in the Central Business Area, through the city Centre to the City Gate along the Nnamdi Azikiwe International Airport road area of the city.

Speaking on the Labour Movement rallies across Nigeria, National Chairman of the Party, Barr. Julius Abure, said the rallies showed ordinary Nigerians are owning the party and ready to take over from the looters.

He said, “The rallies are not surprising, it is because the Labour Party has a people-oriented candidate that will work for the people and that will effectively serve the interest of Nigerians.

“People are contributing money, N1000, N10,000 and so on to carry out rallies for themselves. People are donating their buildings and the people of Nigeria are gradually owning the Labour Party.

“And of course, you know that the Labour Party is a party for the poor, the artisans, students, market women, the down trodden, civil servants, hewers of wood and fetches of water and the ordinary man in the street. They own the party and they form more that 90 percent of Nigerians.

“By the time campaigns starts, you will see people campaigning for the party. All these movements and activities you are seeing all over, Labour Party has no contribution to it. The people are mobilising themselves, they print the logo of the party themselves, they print campaign materials from their pockets and they are driving the process of the campaign by themselves and that is what we are seeing. The people are now asking questions about how they are being ruled, they want to sack the looters, they want to change the status quo.”