The Oba of Benin, Oba Ewuare II, has called on Nigerians to be tolerant of one another’s religious beliefs and ensure peaceful co-existence. Ewuare made… 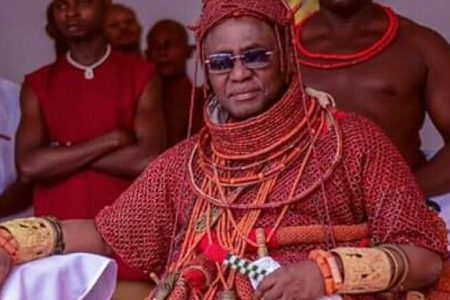 The Oba of Benin, Oba Ewuare II, has called on Nigerians to be tolerant of one another’s religious beliefs and ensure peaceful co-existence.

Ewuare made the call when the Chief Imam of Benin Central Mosque, Alhaji Abdufatah Enabulele, led other Muslims faithful to the palace on Sunday.

Why I vowed to ‘perform’ Hajj in Kano — Aggrieved Pilgrim

He said that there should not be any form of discrimination against any religious belief, stating this could result in disagreements and violence.

This, the traditional ruler said, had become imperative to ensure peaceful co-existence, harmony and good neighbourliness amongst the people.

Ewuare urged the Muslim community to always give security reports to his palace to prevent any security breach and arrest untoward occurrences.

“In this era of security challenges, everybody must be vigilant in order to prevent breakdown of law and order in the society,” he said.

The royal father advised the Muslim community in Benin not to relent in their prayers for President Muhammadu Buhari and other government functionaries across the country.

The News Agency of Nigeria (NAN) reports that the chief imam, along with other imams, Islamic scholars and faithful, prayed for Ewuare, his households and the people of Benin.

He decried the security challenges currently confronting the country, calling for urgent action to stem the tide.

Enabulele called for the formation of vigilante groups to stem insecurity and safeguard the lives and property of citizens. (NAN)