Reports indicate that Nigeria’s Sovereign Investment Authority (NSIA) is planning to take over underperforming government assets such as power plants. The move suggests that operators… 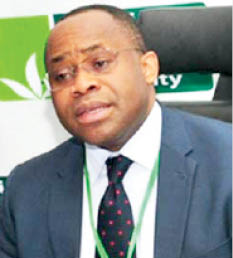 Reports indicate that Nigeria’s Sovereign Investment Authority (NSIA) is planning to take over underperforming government assets such as power plants.

The move suggests that operators of the country’s sovereign wealth fund want to move from managing portfolio assets of the country to being a government enterprise that manages assets.

However, the company has not stated whether it has acquired the competency and experience to manage some of the assets it seeks to take over if its plans succeed.

According to Reuters, the head of NSIA, Stanley Orji, explained that they were already in advance discussions with the government to take over a power plant that was at 85 per cent.

He said, “We are looking at many industrial projects and government-owned enterprises that are either moribund or not performing sub-optimally.”

He claimed that the rising inflation and state of the government’s fiscal revenue meant there would be budget constraints for critical social spending which could also impact capital injection into the sovereign fund.

“Orji noted that imported inflationary pressures and the COVID-19 pandemic meant that the government would have to allocate significant resources to social spending that may affect capital increases for the fund,” he told Reuters.

In an official statement following the release of NSIA’s 2021 results in May, Mr Orji explained that authority would continue to drive direct investments in its core areas of healthcare, toll roads, gas industrialisation, technology, ESG and financial markets infrastructure, power and agriculture.