NSCDC nabs 75-year-old-man over rape of grandniece, 6, in Jigawa

The Nigeria Security and Civil Defence Corps (NSCDC) in Jigawa State has arrested a 75-year-old man, Musa Gambo, for raping his six-year-old grandniece. The suspect,… 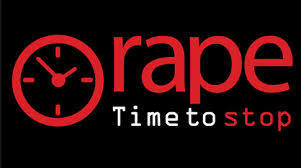 The Nigeria Security and Civil Defence Corps (NSCDC) in Jigawa State has arrested a 75-year-old man, Musa Gambo, for raping his six-year-old grandniece.

The suspect, of Gandun Sarki Quarters, Malam Madori LGA, according to a statement issued to newsmen on Sunday by the command’s spokesman, Adamu Shehu, was arrested following a report by a member of the Hadejia Women Foundation who said she received a call from one Maimuna, a family friend to the victim, that she caught the suspect in the act while on a visit to the girl’s grandmother.

Maimuna reported that she saw the suspect, with the girl cuddled up in his arms on his laps, abusing her sexually in his room at the entrance of the house and that she immediately informed the girl’s grandmother who rushed to the room and also saw same.

Shehu explained that investigation revealed that the suspect, who left home for a very long time and had no family of his own, returned recently and lived with his aged sister who gave him a room in her small apartment.

He said the victim stated that she was abused severally by the suspect after giving her sweets and with warnings not to tell anyone.

Shehu said a medical report obtained from the Sexual Assault and Referral Centre (SARC) at the Dutse General Hospital were the girl was taken to revealed evidence of sexual abuse as her hymen had been broken.

According to the statement, the suspect has confessed to the crime and attributed it to the work of the devil, demanding forgiveness from his sister and niece.