The Nigerian Railway Corporation (NRC) transported 3.923 million passengers in 2021, said the Managing Director of NRC, Engr. Fidet Okhiria. Okhiria who revealed this at… 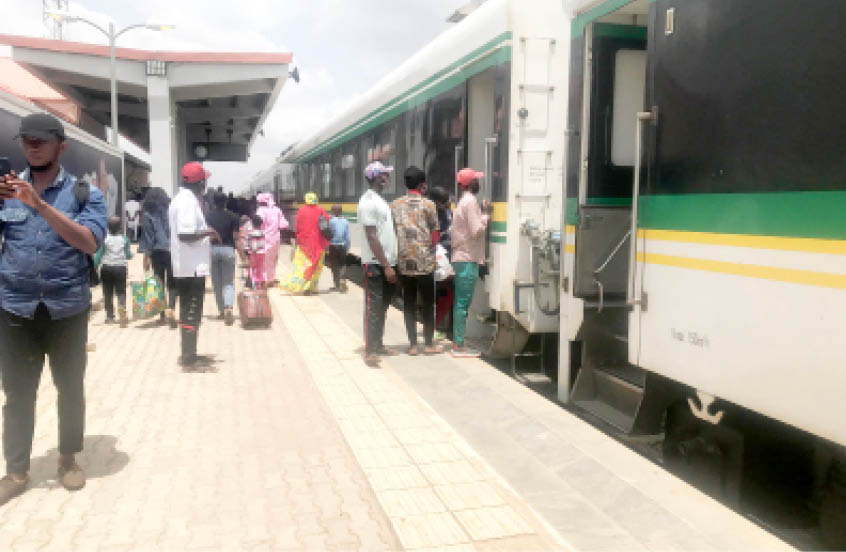 Okhiria who revealed this at the Nigerian Transport Award in Lagos. Represented by the director in charge of planning, Dr James Gyang, also said the agency is running 4,178.5 kilometres of railway tracks nationwide.

He said, “We have five terminals that are used for transporting cargo from Apapa port to Oyingbo and Ijoko with a view to decongesting the ports; as well as reconstruction of the Eastern line; contract awarded for Port Harcourt to Maiduguri; and for the year ending 2021, we transported 3,923,000 passengers and over 168,000 tons of goods”.

He explained that huge opportunities exist for partnership with individuals and corporate organizations in collaboration with the NRC in several ways including “e-ticketing solution for our narrow-gauge rail corridor in the form of PPP.”

“This is what was done on the Abuja–Kaduna train service. Arrangement is being concluded on the same for the Warri–Itakpe, and Lagos–Ibadan train services,” he added.

Speaking further, the NRC boss explained that “the rail system in Nigeria has the potential to link agro and mineral raw material hubs to the city centres and industries where they will be needed as raw materials.”

He highlighted the challenges confronting the corporation to include insufficient rolling stock, obsolete workshop and maintenance equipment, and security challenges due to the porous nature of the rail corridor.

“The need to have the support of the security agencies in this regard can never be overemphasized,” he added.