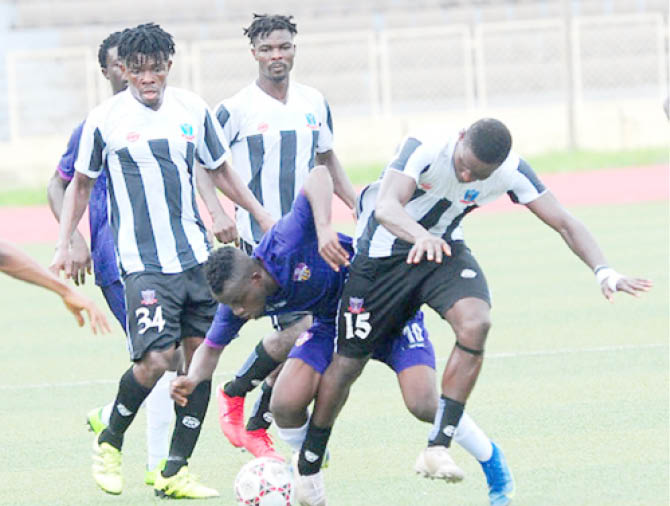 Relegation-threatened Lobi Stars will today in the Match Day 33 of the 2021/22 Nigeria Professional Football League play host to fellow strugglers Heartland to extend their 4-match unbeaten run at the Aper Aku Stadium, Makurdi.

Currently placed 17th on the table with 38 points, Lobi Stars are desirous of exiting the drop zone with Heartland struggling in recent games as they have just won 3 games at home and lost 3 away in the last 6 games.

Lobi Stars have the upper edge according to statistics having scored an average of 0.87 and conceded 1.19 goals per game compared to Heartland who averages 0.84 and concede 1.38 goals per game.

The last 6 head-to-head meetings between both sides put them at par as each has won 3 and lost 3 games as well.

The Dominic Iorfa side have engaged the Owerri-based club on twenty occasions and have won 9 with the latter winning 10 and with 5 draws.

Dakkada FC will again seek a way out of the relegation zone when they take on Gombe United just as Kano Pillars seek redemption with Wikki Tourist clash.

Shooting Stars will play hosts to Plateau United while Niger Tornadoes will be guest to Sunshine Stars in Akure.

Enyimba will have a chance to mount a continental challenge when they host Kwara United in Aba.