Now that HND, Degree dichotomy has been abolished

Ahmad Lawan urged the public and private sectors to ensure 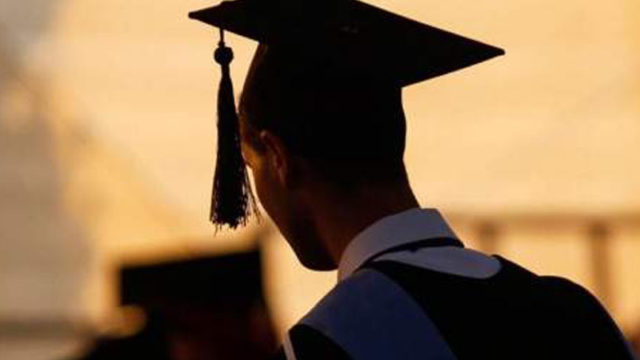 Following last week Wednesday’s passage of a bill by the Senate prohibiting employers in the country from discriminating between Higher National Diploma (HND) and university degree holders; the long-standing discrimination against the former may have finally been resolved. This was sequel to the consideration of a report of the Joint Committee on Establishment and Public Service Matters; and Tertiary Institutions and TETFUND.

While the Senate President, Ahmad Lawan urged the public and private sectors to ensure the implementation of the bill’s provisions as soon as it is signed into law by President Muhammadu Buhari, Chairman of the Joint Committee, Ibrahim Shekarau, said the abolition of the existing dichotomy between HND holders and graduates of universities would meet the huge manpower needs of Nigerians, ensure social justice, enhance corporate governance. “The enactment of the bill to abolish and prohibit discrimination between first degree and HND for the purpose of employment in Nigeria will no doubt free holders of HND from stagnation and ensure balanced treatment with their counterparts from other higher tertiary institutions in Nigeria”, Shekarau added.

The bill, which was sponsored by Senator Ayo Akinyelure was designed to resolve the controversy over wage disparity and gross discrimination against HND holders in the public and private sectors of the economy. It also seeks to promote Nigeria’s technological advancement by encouraging many qualified candidates to pursue polytechnic and technological studies. Akinyelure said the discrimination against HND holders threatens the nation’s core policy thrust of evolving a technological and scientifically based society. He also said some polytechnic graduates were, in some cases, better on the field than their university counterparts. “A government employment policy that places degree holders ahead of HND holders without recourse to the skill and ability of the HND holders, thereof, does more harm than good to the nation’s development plans,” Akinyelure explained.

In spite of all the reasons advanced by advocates in calling for the removal of disparity between qualifications, opinions that sought to justify career disparity between holders of the two qualifications have over the years argued that the certificates under reference are products of separate academic programmes established for different purposes with different entry requirements and distinct curriculum contents; stressing that HND is not equivalent to a university degree. They further contend that it is in appreciation of the uniqueness of each of the two qualifications that the Joint Admissions and Matriculation Board (JAMB) sets separate cut-off points for candidates seeking admission into polytechnic and university undergraduate programmes; with the latter usually having a higher cut-off mark. The period of training to earn these qualifications also differs.

It would be recalled that sometime in 2014, holders of the HND in the country filed a motion before the National Industrial Court in Abuja to challenge career progression that put them at disadvantage. Some of the discriminations suffered by HND holders include denial of the right to rise beyond grade level 14 as against university graduates whose promotions extend to grade level 17; the peak of a career in the public service.

When signed into law, the bill would give legal backing to MDAs that have already scrapped the dichotomy in the appointment and promotion of staff.  In September 2020 for instance, the Ministry of Interior abolished the ranking and career disparity in its four para-military services, which include the Nigeria Immigration Service, Nigeria Security and Civil Defence Corps, Nigerian Correctional Service and the Federal Fire Service.

Now that the bill which grants equal career privileges to holders of the two qualifications has been passed, we encourage employers of labour in the country to earnestly work out modalities for harmonising between existing HND and degree cadres. Thereafter, HND holders who have hitherto remained disadvantaged should be converted and placed on appropriate ranks and grade levels without necessarily losing their level of seniority. With existing cadres mutually harmonised, Daily Trust advises that staff promotion should henceforth be based on individual officer’s productivity in addition to passing statutory promotion examinations.