Northern Governors, on Monday, said the position of their Southern counterpart on Value Added Tax (VAT) shows they are confusing it with sales tax. 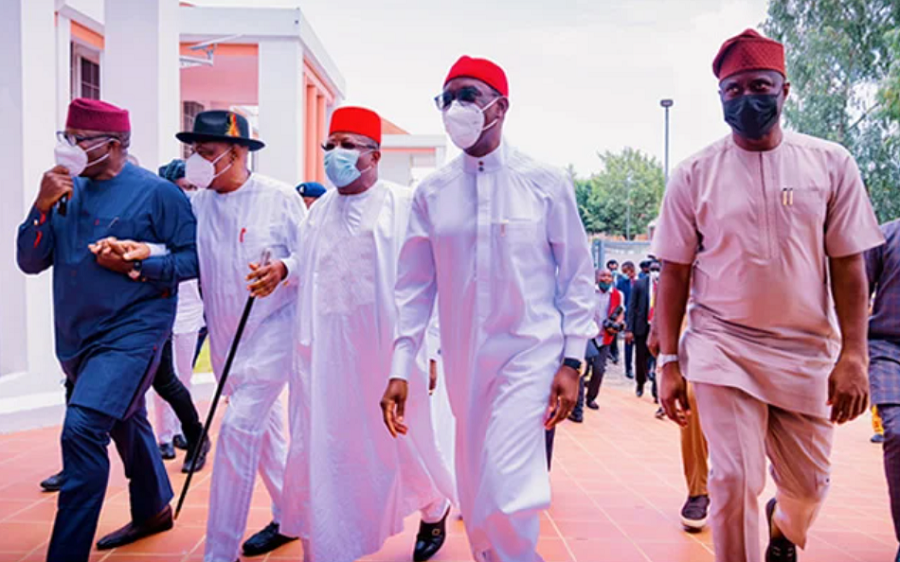 Northern Governors, on Monday, said the position of their Southern counterpart on Value Added Tax (VAT) shows they are confusing it with sales tax.

Southern governors started pushing for state collection of VAT after a high court in Port Harcourt, Rivers State, held that the state government could collect VAT.

While the state assemblies of Lagos and Rivers passed VAT bills, the governors signed the bill into law in a bid to start collecting VAT but the Appeal Court halted the move.

The matter is currently before the Supreme Court.

Arising from an emergency meeting with traditional rulers on Monday, northern governors gave their stand on the VAT controversy.

“If every State enacted its own VAT Law, multiple taxation will result in increases of prices of goods and services and collapse in interstate trade. VAT is not a production tax like excise, but terminal tax which is paid by the ultimate consumer.”

“Another confusion is ignoring observation above and its ‘overall effect.’ The reason Lagos accounts for our 50% VAT collection is because most of the telecommunication companies, banks, manufacturing and other trading activities have their headquarters in Lagos, with the resultant and wrongful attribution of VAT.”

He, however, said as responsible leaders, while the Forum is constrained by the fact that the matter is sub judice, it must, for the sake of educating the public, state that the judgement of the Port Harcourt Court calls to question the constitutionality of “VAT, withholding tax, education tax, Niger Delta Development Commission, National Information Technology Development Agency, 13% derivation, National Economic Development Council and many other currently levied and collected by the Federal Government of Nigeria, Federal Inlands Revenue Service.”

He said though Rivers and Lagos State Government had enacted their own VAT laws, unless the Supreme Court pronounces judgement on the substantive matter between Rivers State and Federal Government, the matter is sub judice and Northern States Governors Forum would respect this.