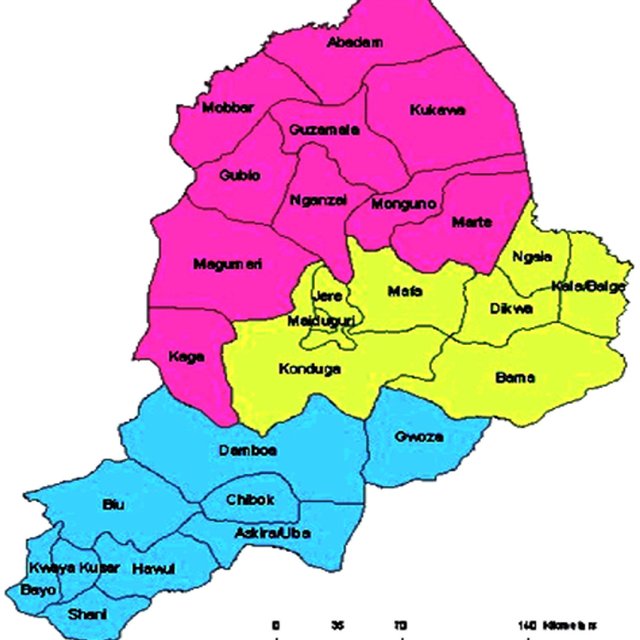 The Boko Haram conflict has been ongoing since 2009 and has caused immense suffering in North Eastern Nigeria in particular and countries within the Lake Chad area in general.

Borno State, especially the Northern part, is most affected by the many years of conflict; almost all schools and police stations there were destroyed by the insurgents. The conflict transformed the area into a stark example of decay and deprivation. For over a decade now Boko Haram’s criminal activities and the shrinking of the Lake Chad as a result of the climate change have left the population in extreme poverty and displaced. Lack of access to basic necessities such as healthcare and education has left the people living in Northern Borno in an even more desperate state. The people are left with limited to no job opportunities, families are finding it increasingly difficult to make ends meet.

Despite the efforts of the governments and NGOs, hunger and disease are also rampant in the area and children are particularly impacted and the future seems uncertain for them. The situation in Borno and Yobe states is a humanitarian crisis that requires all buttons to be pressed.

Another issue that contributes to the underdevelopment of the region is poor or weak political representation. For decades, the region has been underrepresented in both state and national governments, leaving its people without a voice in decisions that affect their lives. This has led to a lack of necessary infrastructure, including roads, healthcare and education, which has further hindered the region’s development.

Without the proper attention and resources, for example, Northern Borno remains in a state of poverty and deprivation. It is essential that there is an increase in political representation for the region, as well as a commitment to providing essential resources and infrastructure so that the people can have a better quality of life.

It is widely acknowledged that Governor Babagana Umara Zulum has a genuine desire to improve the situation in Northern Borno. He has implemented various initiatives such as providing cash donations to the displaced people and launching economic development projects in an effort to address the longstanding issue of poverty and deprivation in the region.

However, Gov Zulum’s efforts have yet to make a significant impact on human development. This is likely due to a lack of resources.

President Muhammadu Buhari’s political support to the region needs to be maintained by the next government come May 29, 2023.

Also, to ensure that Governor Zulum and NEDC’s initiatives are successful, it is essential that additional support is provided by the federal government and the international community. Only then can the people of the conflict’s most affected communities be given a chance to rebuild their lives.

To address this, there is an urgent need for a comprehensive approach to demobilise and reintegrate former members of the Boko Haram group back into society. An effective demobilisation and reintegration programme must begin with a strong commitment from both affected governments within the Lake Chad Basin and the international community. It should include effective policy measures designed to tackle the underlying causes of the conflict, such as poverty, inequality and lack of economic opportunity. All efforts should focus on providing former combatants with essential support and the necessary tools to become law-abiding citizens as well as educate the population. To ensure successful, peaceful and prosperous society youths must be provided with adequate education and job opportunities.

To make a better representation for Northern Borno at all levels of government, those in power should strive to increase the voices of local citizens. This includes listening to the concerns of the people and working to develop policies that address their needs.

Additionally, government leaders must ensure that effective communications channels are in place so that people can easily access information or ask questions related to their rights and responsibilities. It is also important that governments dedicate resources to building essential infrastructure in the region, such as roads linking Damasak-Mallam Fatori-Cross Kauwa and healthcare facilities (there is no a single Federal Medical Centre (FMC) or a functioning general hospital in Northern Borno, a senatorial district comprising 10 LGAs sharing international borders with Niger and Chad republics.

Finally, governments should invest in education initiatives to ensure that the next generation of Northern Borno is better prepared to contribute to society.

As President Buhari continues to pursue a comprehensive strategy to combat Boko Haram, it is hoped that Northern Borno and other communities will soon be able to overcome the hardships they have endured.

The national and state governments should put their efforts into developing their communities by offering the necessary resources and infrastructure to guarantee adequate health care, education and economic prospects for the people as well as ensuring equitable political representation. This commitment is needed in order to provide the people with the chance to rebuild their lives.