Nigerian celebrities have expressed their condolences on the death of actor LinChung Duke Oliver, an actor in the hilarious sitcom comedy, ‘Do Good’ . The… 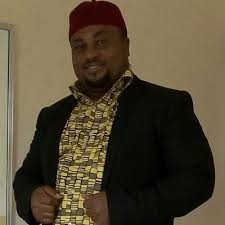 Nigerian celebrities have expressed their condolences on the death of actor LinChung Duke Oliver, an actor in the hilarious sitcom comedy, ‘Do Good’ .

The two leading movie stars and co-stars of hilarious sitcom, ‘Do Good’, Henshaw and Osimkpa wrote on their instagram pages some heartbroken tribute.

“Goodbye “Sylvanus” May the Lord receive your soul…Your role in “DO GOOD” brought smiles to many.

“You were a lively person, full of humour despite the obstacles life threw your way.

“RIP bro… Please help me say a prayer for his soul. God bless you all my dears.”she wrote.

Similarly, Osimkpka wrote: “This one enter me o! My Oga Sylva!!! Not sure of what else to say… What a painful loss. REST!”

Junior Pope simply stated, “Sad,” while Ejike said, “May his soul find rest with the Lord”.

`The Johnson’ actress, Ada Ameh who was not left out also stated, “Oh my God!! May his soul rest in peace.”

“Wow! May his soul Rest In Peace. Death where is your sting?” were the words of Nkem Ike.

Late Duke Oliver, was known as LinChung in the comedy world and Sylvanus for his role in Basorge Tariah Jnr produced series, ‘Do Good’.

He was involved in a car crash on his way back to Lagos after the burial of his aged mum.

Oliver died on the spot. (NAN)