No rest for Tottenham after defeat

Following Tottenham’s 2-0 defeat in the Champions League, Antonio Conte kept his team at the club’s training ground on Tuesday night after flying back from… 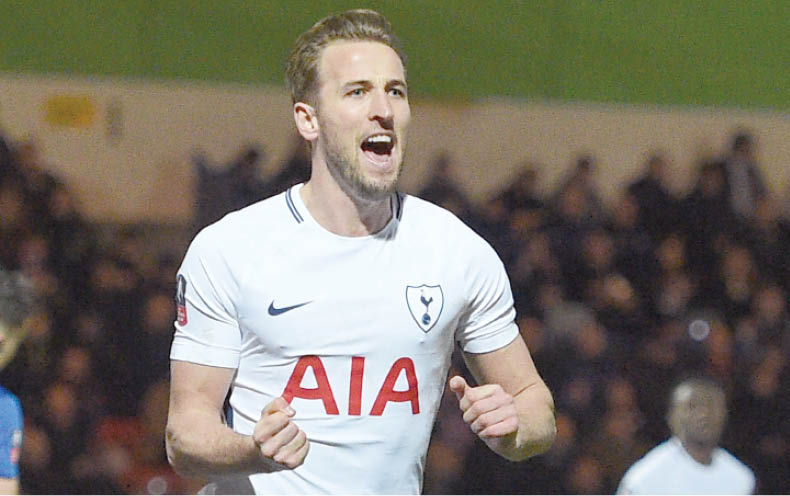 Following Tottenham’s 2-0 defeat in the Champions League, Antonio Conte kept his team at the club’s training ground on Tuesday night after flying back from Lisbon and forced them into an early 11am workout session before releasing them to travel home on Wednesday. Conte had loudly criticized his players in the dressing room following the defeat. He is always a tough boss but his anger at the way Tottenham lost meant he quickly wanted to prepare for the game against Leicester this weekend so the team could recover their composure. Conte is particularly concerned with the poor performances from Son Hueng-Min who has failed to score since the beginning of the season. Conte has told Son that his place could go to Kulusevski but he also has the option of linking Richarlison with Kane instead of Son.

The Gunners midweek Europa League match postponement has given Arsenal manager Mikel Arteta a chance to work with his defence against the aerial attacks and ground strength of Brentford frontman Ivan Toney. He is on form and the responsibility will be given to William Saliba and Ben White to cope with Toney’s threats inside the box. Arteta has received the boost he needed with Thomas Partey returning to full training this week after missing four matches with a thigh injury. Partey is often the powerhouse in midfield and very vocal in driving on his forwards. He also protects the backline and he too will take on Toney as he tries to muscle his way past defenders. Arteta hopes to start him but if there are any niggling injury doubts he will start from the bench.

Kieran Tierney has recovered to full fitness and Takehero Tomiyasu will also be available. Arteta had hoped to try them out against Eindhoven but those plans came to nothing. I have been told Arteta is worried about Oleks Zinchenko’s recovery and therefore it is likely Granit Xhaka and Albert Lokonga will start in midfield. Elneny is out of action at the moment and Reiss Nelson will not be part of the team this week. Emile Smith-Rowe is having a break and is not available. Arteta said this week, “Everybody has trained this week and are fine except Reiss who you know has been injured. He felt something in training, we scanned him, and the doctor came with bad news. It’s a muscular injury; hopefully, he will be back soon but we are not sure when. The doctors need to do another test.”

Arteta’s long term plan is to link up Party and Zinchenko when both are fully fit. Gabriel Jesus will again lead from the front. William Saliba has made a most impressive start to his Arsenal career and Arteta has played a masterstroke in moving centre-back White to right back so he could play both Saliba and Gabriel. Zinchenko is world class and playing in front of White accelerating down the wing and driving through to the strikers has provided extra goal power.

Thomas Frank is a legend already in Brentford on the outskirts of west London. After securing promotion from the Championship be has secured their place in the PL and the “Bees” are a respected team. Ivan Toney is an obvious vital goal scoring threat but Mbeumo and Lewis Potter will supply plenty of support. At the back Bertie Mee and Pontus Jansson will take on Toney as a two man operation. The Bees will certainly miss midfielder Christian Norgaard and Franks is trying to plug this huge hole with Vitaly Janelt taking on the role.

With Wolves sitting 14th in the table and Manchester City in second place, eight points higher after six games, most commentators can only see this ending one way…City to win by two goals. Wolves manager Bruno Lage however is feeling good about taking on the champions. Burnley transfer signing Nathan Collins is now confirmed at the club and he will fill the place left by Conor Coady who left on loan for Everton. Diego Costa is now a Wolves ­­player and the huge force he brings to the striking line is immense. He said this week that his move to the midlands club has “lit a fire within me”. “What they can expect from me is dedication, willingness, discipline and goals.” Costa last played on December 5th for Atletico Madrid before he terminated his own contract in January. He has ­­­­not had much chance to get fully fit and Lage will only play him from the start or off the bench if he thinks Diego can perform this early. Lage will decide at the weekend but with Raul Jimenez injured his squad is thin upfront with few options.

We all know that this games lives or dies for Wolves depending on how they handle Erling Haaland. Much of this week’s training has seen Wolves defenders practicing to defeat the arial and ground threat of Haaland. City’s training squad this week, primarily for the Champions League match against Dortmund was Ederson, Ortega, Carson, Lewis, Ake, Stones, Laporte, Akanji, Dias, Cancelo, Gomez, Wilson-Esbrand, Rodri, Phillips, Gundogan, Bernardo, De Bruyne, Mahrez, Palmer, Grealish, Foden, Alvarez, Haaland. New signing, Dortmund defender Manuel Akjani is determined to prove he can be a valuable City player but it is difficult to see how he will break into the regular starting line-up. Much depends on John Stones and Aymeric Laporte continuing their fitness.

New Chelsea owner Todd Boehly intends to make the “hire and fire” quick succession of managers a thing of the past at the club. To underline this, he has given new coach Graham Potter a five-year contract whereas no manager secured more than four years under Abramovich. Reece James has signed a four-year contract. Boehly, owner of the Los Angeles Dodgers has had the same manager in place for seven years and that is what he wants at Chelsea.

My sources in Germany inform me that Bayern Munich are looking at Harry Kane to replace Robert Lewandoski who has departed for Barcelona. Although Tottenham are playing down my information I have discovered that Bayern have been in contact with Charlie Kane who is Harry’s brother and agent. It appears that negotiations are already underway. This doesn’t of course mean Spurs will necessarily lose Harry because he has a contract until 2024. It is interesting to note that if harry had joined Bayern in 2013 he would have 21 trophies in his cabinet including a Champions League medal. Instead, at the age of 29 years Harry’s cabinet is still empty!

Imagine you played for Nottingham Forest last season and had just been promoted. After 23 years out of the top flight this Midlands club are back. You rush home to tell your wife that next year she would be in the VIP seats rubbing shoulders with Mrs Kane, Mrs Ronaldo and Mrs Firmino. You arrive at the Nottingham Forest stadium for the beginning of pre-season training and find the revolving door spinning so fast you find it hard to jump in and gain entry. There are new players arriving thick and fast and lots leaving as Forest bring in 21 new players. Suddenly you don’t recognise most of team squad and discover that you might be sold to Grimsby Town in League 1. Forest completed the most business in any transfer window since the Premier League was formed. Local Nottingham real estate agents must have run out of properties to sell or rent as the new players pour into town. The last time this happened was at Fulham when they were promoted to the PL. What happened? They were relegated!

Newcastle manager Eddie Howe has shocked everyone by signing Loris Karius to “provide competition” in the goalkeeping department. You will remember Karius dropping the ball into his own net during the Champions League final which the Reds lost to Real Madrid and the howler virtually halted his career. After a disappointing loan spell at Bundesliga club Union Berlin his Liverpool contract ended in June. Howe said that the injury to Karl Darlow in training meant Newcastle had to have another back up goalkeeper.

Mata on way to Galatasaray

I have always had great respect for Manchester United’s former player Juan Mata. I am pleased he has prolonged his career by finalizing a move to Galatasaray in Turkey. He left Old Trafford in June after featuring in 285 matches for United.

Manchester United boss Erik Ten Hag believes he has restored Harry Maguire’s confidence and he was the most solid defender in the Red’s match at Real Sociedad. Ten Hag was particularly pleased with the way Maguire and Lisandro Martinez played together.