The Minister of Transportation, Mr. Rotimi Amaechi, has said that Nigeria is already repaying China loans. Amaechi stated this when he appeared on a live… 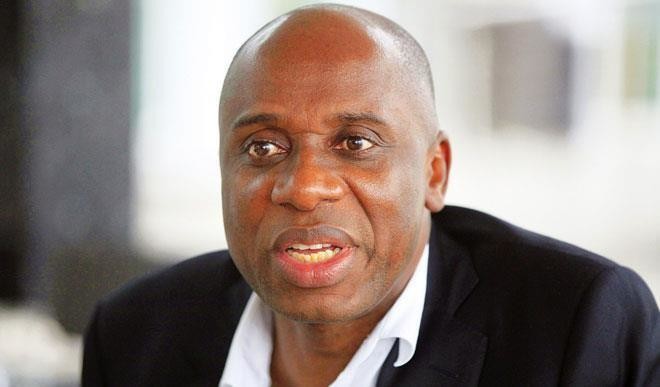 The Minister of Transportation, Mr. Rotimi Amaechi, has said that Nigeria is already repaying China loans.

Amaechi stated this when he appeared on a live television programme (Democracy Today) aired on AIT on Saturday.

He said, out of the $500m loan the federal government took to build the Abuja-Kaduna rail line, $96m has been paid, adding that Nigeria has capability to pay all the China loans.

“We are paying the loans.

“In the same National Assembly sitting, they were told that the $500million loan, we have paid $96m already.

“Nigeria is already paying and the $500m was not taking by us, it was taken by President Goodluck Jonathan in his term and that clause was there,” he said.

He said the excitement about the immunity clause is misplaced as it was just a clause that protects China money.

“Anybody that is saying he doesn’t know what a sovereign guarantee or immunity is, too bad for the person, because it simply means in trade that I am not giving you this loan free of charge, just like you go to the bank to collect a loan, the moment you don’t pay they go after your assets you put down.

“That is all about the clause, the Chinese can never come and take over Aso rock and become President or Minister,” he said.

The House of Representatives, in their probe of Chinese loans to Nigeria, found that the agreements ceded Nigeria’s sovereign right on the assets financed by the loans to China if there was payment default.

This findings have been generating reactions from Nigerians all through the week.

But he said all the conditions that Nigeria signed on the loans was approved by the National Assembly, hence the probe was unnecessary.

Amaechi said it would be unconstitutional to take a loan not approved by the National Assembly, but for the issue of confidentiality in government he would have published the clauses generating the dusts.

“The National Assembly are aware of all these loans.

“We can’t take loan without the National Assembly.

“So, ask why they are investigating?

“The Chinese is just asking us to show them the evidence that we will pay back which is the immunity clause.

“If we don’t pay, they can take back their assets,” he noted.