No, citizens should not be defending themselves!

On several occasions in the past, Masari had not only publicly decried the state of insecurity 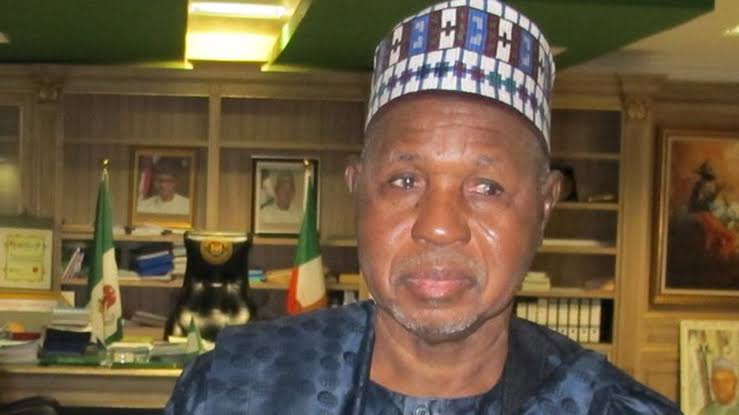 Not a few Nigerians were taken aback by the statement by Katsina State Governor Aminu Bello Masari, last week, charging vulnerable residents of the state to arm themselves against bandits and kidnappers, who have continued to wreak havoc in his state. This is because many citizens were of the view that such would only worsen the situation.

Governor Masari had noted that bandits “are emboldened to continue with their heinous activities because of people’s gentle submission’’; adding that Nigerians must purge their minds of the mistaken notion that security is the government’s sole responsibility. He said security remains everybody’s business.

In a statement issued to newsmen by his Director General on Media, Abdu Labaran Malumfashi, Governor Masari was quoted to have made the remarks on Tuesday last week in Jibiya, where he had gone to condole with the community over the death of 10 people crushed the previous day by personnel of the Nigeria Customs Service (NCS) who are being accused of dangerous driving.

On several occasions in the past, Masari had not only publicly decried the state of insecurity in Katsina State but also admitted the government’s failure to halt the tide. The most recent was when he received the Chief of Army Staff (COAS), Lieutenant General Faruk Yahaya, at the Government House in Katsina. Masari told General Yahaya that incessant attacks by bandits and kidnappers had left 10 out of the 34 local government areas of the state vulnerable. He expressed worry over the spate of banditry, highway robbery, and raping of innocent women in the state.

The Katsina State governor is not the first to advise citizens to challenge armed bandits. It would be recalled that in February 2021, the Minister of Defence, Major General Bashir Magashi (retired), asked Nigerians to summon the courage to challenge the gunmen wreaking havoc across the country. He made the remark while speaking to newsmen on the side-line of the screening of Service Chiefs by the House of Representatives. Magashi said, “We shouldn’t be cowards. Sometimes the bandits come with about three rounds of ammunition and when they fire shots, everybody will run. In our younger days, we stand to fight any form of aggression. Why should people run away from minor aggressions? We should stand and face them.”

Though the minister did not ask citizens to arm themselves, he inferred it because no one will challenge criminals with bare hands. About two other governors have also made similar calls in the past and that has to stop.

The call for Nigerians to arm and defend themselves is an invitation to anarchy in the land and it is most unfortunate that they are coming from leaders, who as governors or ministers, have a stake in the security architecture of the country and should be doing everything possible to protect the citizens. We, therefore, in very strong terms, condemn the call.

It is worthy of note that this call is not only a recipe for lawlessness but an indicator that the government has failed in its responsibility of securing the country from criminal elements.

It is also very unfortunate that such calls are being made at all considering the fact that the country is already battling the proliferation of arms, most of which are in the hands of people who ordinarily should not have them. Also, one of the reasons banditry and kidnapping keep growing is that these criminals have easy access to arms.

Therefore, if citizens were to take this advice, several persons will be in possession of arms, and the chaos that will trail it will be too much to handle. We call on our leaders to exercise restraint while speaking.  No amount of frustration should push a leader to promote illegality.

Leaders and governments at all levels should instead work hard to tackle the insecurity situation. After all, securing lives and property is a constitutional responsibility of the government.  They cannot leave their duty to citizens.  Government should not only provide modern and heavy-power fighting equipment to security personnel but also deploy the latest technology to arrest the country’s intractable security challenges. With all the resources at its disposal, the onus is on the government to live up to this obligation.