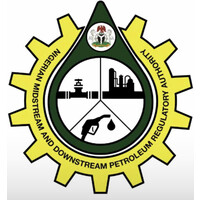 The Nigerian Midstream and Downstream Petroleum Regulatory Authority (NMDPRA) has debunked a statement by the Plateau State Government that some filling stations are hoarding petroleum products with a view to creating scarcity.

The state government had in a statement by the Secretary to the State Government (SSG), Prof Danladi Atu, raised concerns over the hoarding of fuel by filling stations to create artificial scarcity.

But speaking during a tour of filling stations in Jos North and Jos South local government areas, the

NMDPRW Controller, Jos Field Office, Ahmadu Gambo Fagge, said the problem was not a hoarding issue but that of hitches in supplying petroleum products during the festive season coupled with the public holidays.

He said the situation was beginning to improve, adding that between Thursday and Friday, 1.6 million litres of petroleum products were supplied to Jos.

He cautioned people against panic buying, saying the situation was under control and that petroleum products would be available for all.