Nigeria’s defender William Troost-Ekong, midfielder Peter Etebo and forward Emmanuel Dennis will be playing under a new coach, Claudio Ranieri, when they return to Watford… 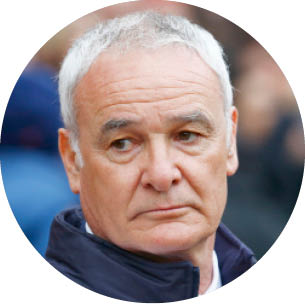 Nigeria’s defender William Troost-Ekong, midfielder Peter Etebo and forward Emmanuel Dennis will be playing under a new coach, Claudio Ranieri, when they return to Watford after the international break.

Ranieri returned to the Premier League after being hired as Watford’s new manager on Monday.

The former Chelsea boss, who led Leicester to the Premier League title in 2016, agreed to a two-year contract with the Hornets to replace the sacked Xisco Munoz.

“Watford FC is delighted to confirm the appointment of Claudio Ranieri as the club’s new head coach, on a two-year contract,” a statement on the club’s website announced.

“The Italian arrives at Vicarage Road boasting a wealth of experience in charge of some of Europe’s biggest clubs, with Premier League, Coppa Italia and Copa del Rey titles among his managerial highlights.”

Ranieri takes over with Watford in 15th place in the Premier League after earning seven points from their opening seven matches.

The 69-year-old Italian left Sampdoria at the end of last season and had been looking to return to the game since then.

Xisco had led Watford to promotion from the Championship last season, but he was axed on Sunday after only 10 months in charge.

Saturday’s 1-0 defeat at Leeds prompted Watford’s owners, the Pozzo family, to act, with the club claiming a “negative trend” in performances had convinced them to move on from Xisco.

Ranieri is Watford’s 13th permanent manager since the Pozzo family took control of the club in 2012.

He boasts a wealth of experience, with clubs such as Napoli, Fiorentina, Valencia, Juventus, Roma, Inter Milan and Atletico Madrid also on his CV.

Ranieri established Chelsea as a Champions League club during his spell from 2000 to 2004, but he was axed by Roman Abramovich to make way for Jose Mourinho.

The Foxes were 5,000-1 outsiders and had battled relegation the season before Ranieri arrived in a move that was widely panned by pundits.

Despite Leicester’s incredible success, he was sacked just nine months after the title glory following a poor run that left the club just outside the relegation zone.

Ranieri last worked in the Premier League during a brief stint at Fulham in 2018-19.

He lasted just 106 days at Fulham after being unable to steer them away from relegation trouble.

Watford’s first match with Ranieri in charge will be against Liverpool at Vicarage Road on October 16.

Ranieri will be joined at Watford by Assistant Coaches Paolo Benetti and Carlo Cornacchia, as well as Fitness Coach Carlo Spignoli.