There was wild jubilation at the Warri Township Stadium as Nigeria’s famous long-distance couple, Deborah Pam and Emmanuel Gyang emerged winners of the female and… 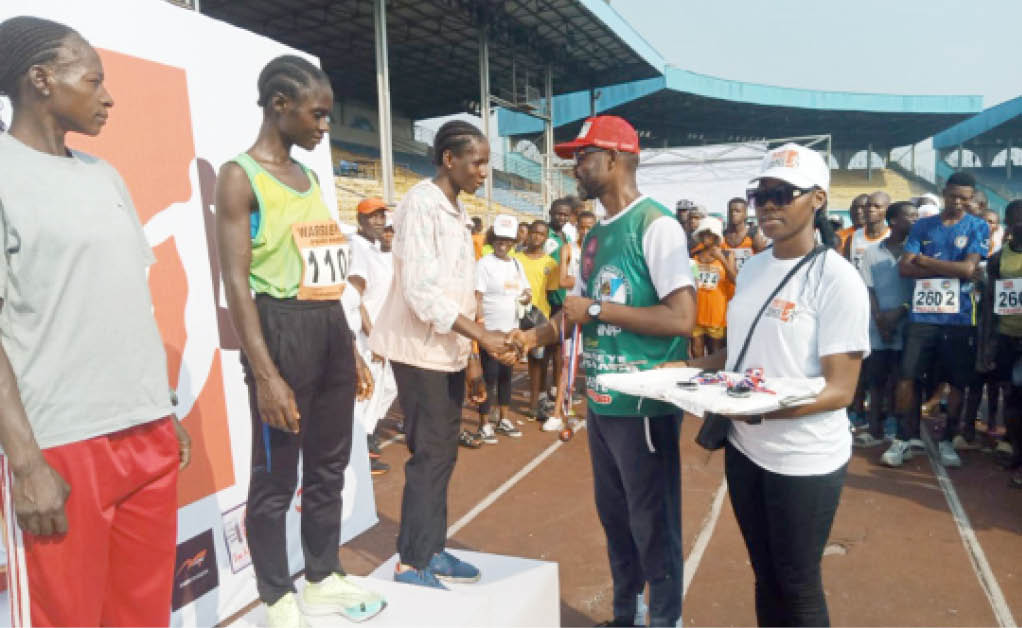 There was wild jubilation at the Warri Township Stadium as Nigeria’s famous long-distance couple, Deborah Pam and Emmanuel Gyang emerged winners of the female and male category of the Warri/Effurun Peace Marathon respectively.

In a chat with newsmen, Deborah Pam expressed happiness winning the 10km race.

She said her major challenges as an athlete is lack of funding and training facilities. Pam appealed, saying the Federal Government should support athletes by providing them with the relevant training facilities with funds as backing.

Pam also commended the organizers of the Warri/Peace Marathon led by Barr (Mrs.) Joyce Bozimo for the supports she has given her so far.

Also in a chat with journalists, Emmanuel Gyang, an official of the Nigerian Security and Civil Defence Corps, NSCDC also expressed his happiness at winning the race despite his injuries.

Gyang also thanked the Delta State Government for the supports rendered to him thus far as well as the organizer, Barr.(Mrs.) Joyce Bozimo for the love she showers on him.

Our correspondent who covered the event reports that the Tompolo Foundation led by High Chief Oweizide Government Ekpemupolo alias Tompolo and Lee Engineering Construction Company were amongst sponsors of the Warri/Effurun Peace Marathon.