The Deputy Secretary-General of the United Nations, Amina Mohammed, has said that Nigeria’s economy is moving in the right direction. Amina Mohammed said this during… 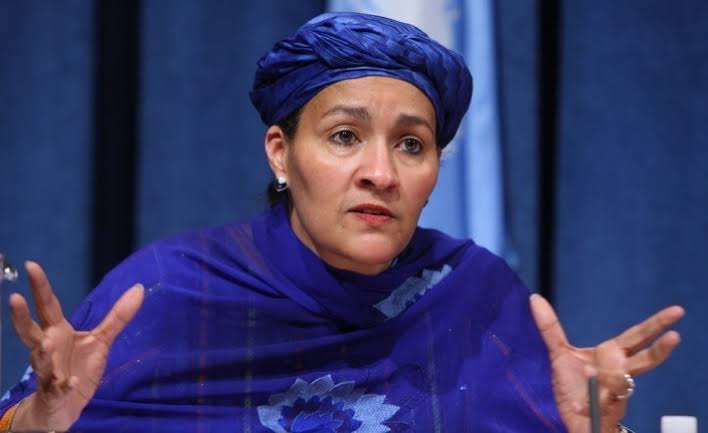 The Deputy Secretary-General of the United Nations, Amina Mohammed, has said that Nigeria’s economy is moving in the right direction.

Amina Mohammed said this during a meeting at the headquarters of the Federal Ministry of Industry, Trade and Investment in Abuja.

She said the challenges in Nigeria were huge, its population large but described the country’s economy as great with lots of opportunities.

The UN scribe stated that after traveling by train and through various roads in the Northern parts of Nigeria, she discovered that the roads were motorable, although there were ongoing repairs on some of them.

Mohammed said, “This is a country that is diverse in nature, ethnicity, religious backgrounds and opportunities. But these are its strengths, not weaknesses.

“And I think the narrative for Nigeria has to change to one that is very much the reality.”

The Minister of Industry, Trade and Investment, Adeniyi Adebayo, told his guest that the Federal Government was working hard to make Nigeria the entrepreneurial hub of Africa.

He stated that before the end of the first quarter of 2021, there should be a document on the government’s investment policies, as efforts were on to take Nigeria out of its mono-economy.