Data security experts told Daily Trust that the inability of the government agency to restore service in good time meant that something serious had happened. 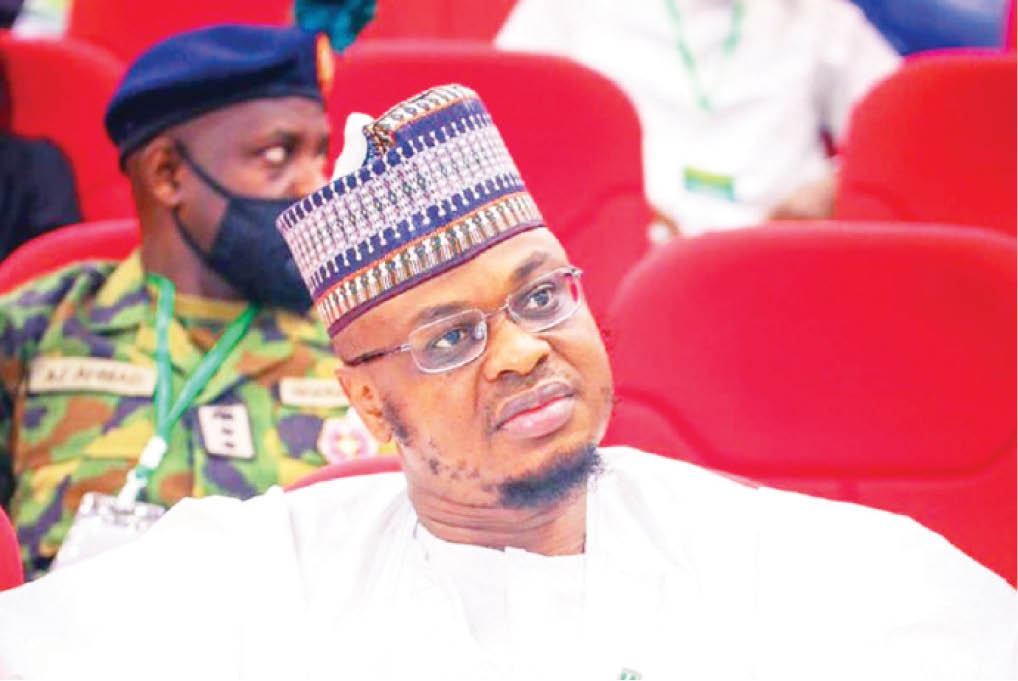 As the technical hitch that has bedevilled the portal of the National Identity Management Commission (NIMC) persisted Tuesday, it is feared that the portal may have been compromised by hackers, data security experts have said.

Daily Trust revealed that telcos had continued to turn back subscribers seeking to retrieve lost, damaged or stolen SIM cards due to their inability to verify their customers’ NIN.

Responding to complaints from Twitter users, MTN Nigeria said it could not process SIM swap and update requests due to challenges with the NIMC portal.

“We are sorry we currently cannot process SIM swap and update requests due to external challenges. We appreciate your understanding and will post an update once this has been resolved,” MTN said.

Agencies such as immigration, police and road safety are among government agencies affected, according to officials.

Our correspondent called the phone number of the spokesman of the immigration service, Amos Okpu, to respond to claims that the passport issuing service had been impacted, but he did not pick up his call nor respond to an SMS.

Data security experts told Daily Trust that the inability of the government agency to restore service in good time meant that something serious had happened.

A Lagos-based data security expert, Muibi Taylor, said that it was not unusual to experience downtime, but that if it persisted to so many days it meant there was a serious issue.

Taylor said it could be that the portal might have been compromised by hackers and some data loss in the process.

“Or it could be that those carrying out the maintenance aren’t getting something right or deliberately delaying the work for pecuniary gains”, he said.

Another expert, Engr Ibe Madugu, also believed that something was fishy in the maintenance process.

“That sensitive portal that affects so many important services in the country should have taken more than one or two days to maintain and rectify. Taking seven, eight days means there is a serious problem,” he said.

NIMC debunked the notion that its portal has been hacked, but that the portal was only undergoing routine maintenance.

About 71 million Nigerians and legal residents of the country have been registered and given their unique identity numbers otherwise known as NIN.

Daily Trust further reports that some banks and telecommunication operators in the country have refused to attend to some customers since last week due to the “maintenance” being carried out on the identity portal.

The federal government has made it compulsory for Nigerians to supply their NIN before they can access certain services offered by some private companies and government agencies.

When the NINs are supplied, the companies and agencies will then verify the unique numbers using the NIN verification portal of NIMC.

However, NIMC’s portal has been down since last week and the development is said to have affected the issuance of international passport, account opening at banks and SIM replacement by telecommunications operators.

NIMC, in a statement on Monday by its spokesperson, Kayode Adegoke, said it was an unreasonable action for the organisations to shirk their duties.

Adegoke, who is the NIMC Head Corporate Communications, said:  “Even though the NIN verification service (NVS) might be down due to maintenance by one of our service providers of its infrastructure, the alternative platform – TOKENISATION is up and running. No one should be debarred of any service on the guise of NIN not being verified”.

“The NVS issue has not in any way affected our other operations and services-Enrollment/issuance of NIN and other services going on”.

“There is the need to ask questions from the Telcos, The Nigerian Immigration Service (NIS), Banks and others on the reason for turning down customers in the guise of NIN not being verified due to the temporary unavailability of the NVS, while the alternative platform- Tokenization is working!!!

“NIMC NVS platform is not the only verification platform available for use, but Tokenisation which protects the identity of NIN holders is also up and running!!!

“And for accurate information, it is not a NIMC problem, rather, a government service provider has embarked on maintenance of its infrastructure, which has affected most government agencies that rely on it for the provision of IT service.”

Galaxybackbone, a government agency which mandate is to store all data for MDAs and provide backup for their data, apologised for the temporary service outage on the network.

“The management of Galaxy Backbone Limited (GBB) regrets the temporary outage of some of its services and the inconvenience being experienced by some of its customers across the country”, the agency said in a statement signed by its Head of Communications, Chidi Okpara.

Okpara said all hands were on deck to ensure resolution was achieved within the shortest possible time.

He further said GBB had put together a highly-skilled technical team of experienced engineers and applications experts to not just solve the current issue but put in place all the necessary structures to ensure that such an incident never occurred again.

He added that while a good number of the services had been restored, effort was being made to restore all the other services.

The Joint Admissions and Matriculation Board (JAMB) has rescheduled registration for the 2022 Unified Tertiary Matriculation Examination (UTME) and Direct Entry (DE) for February 19 to March 26, 2022.

The decision came barely 24 hours after the board confirmed that it would not reschedule its registration process following the suspension of the verification portal of NIMC.

The board, in a statement yesterday, claimed that the postponement for the exercise which was initially scheduled to commence on February 19, was due to “fine-tuning”.

The statement by the board’s spokesperson, Fabian Benjamin, partly reads, “The process, which will be concluded within the one-week extension period, is also aimed at accommodating feedback from candidates and other stakeholders alike.”