Nigerians have taken to Twitter to react over a video of the former Minister of petroleum, Diezani Alison-Madueke, that went viral condemning internet fraudsters, popularly… 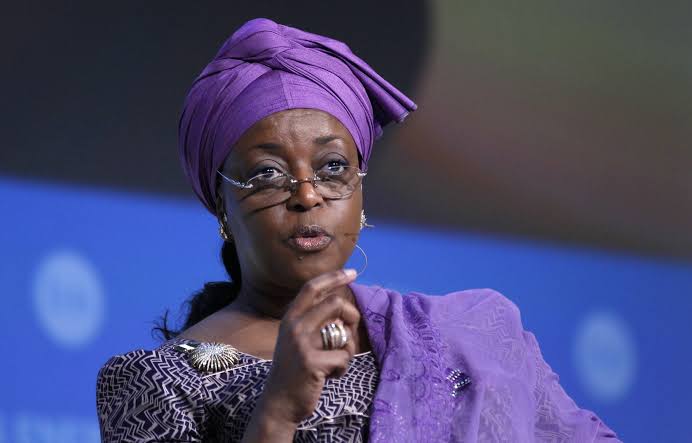 Nigerians have taken to Twitter to react over a video of the former Minister of petroleum, Diezani Alison-Madueke, that went viral condemning internet fraudsters, popularly known as Yahoo-Yahoo.

Mrs Madueke argued that the act has disintegrated societal values.

This was at a virtual event organised by the Ijaw National Development Group on Friday.

“The ones that have swag, the Yahoo Yahoo boys as my son would say; these in short, are the role models they are looking at. These are the ones that reinforce negative societal norms and values.

“This is a travesty of an unfolding tragedy for us. Why have I spent time talking about fatherless homes and the impact it has on our children? The truth of the matter is that an irresponsible boy tends to become an irresponsible man and it is therefore a vicious cycle. If you plant yam, you cannot harvest plantain.”

Diezani said there are no shortcuts to progress in life, adding that only hard work could guarantee success.

Below are some reactions:

Former Petroleum Minister, Dieziani Alison-Madueke, has surfaced oooo. She spoke on Fatherhood, and making a case for Ijaw Women’s voice to be heard, praised GEJ for the chance he gave women in his Govt. This was in August 7, 2020 virtual event of Ijaw National Dev Group. Pt 1 pic.twitter.com/b0KFratkWa

Hushmummy, another fugitive, criticised Yahoo Yahoo Boys. The audacity, boldness and temerity. Because there are no serious consequences for looting the Nigerian treasury.

This is hushmummy diezani bashing yahoo yahoo boys,
This woman is a legal thief pic.twitter.com/3STJA1VU9n

Watch a former Nigerian Minister of Petroleum Resources, Diezani Alison-Madueke, who is meant to be in jail by now, saying that Yahoo Boys have become role models in Nigeria.?

Wonders they say shall never end. It isn’t her fault sha. Nonsense. pic.twitter.com/92LvFWLzLJ

Take the message,leave the messenger

Bashir Ahmed, the Personal Assistant on New Media to President Muhammadu Buhari, has advised Nigerians to take the message and leave the messenger.

Tolu Ogunlesi, the Special Assistant to President Muhammadu Buhari on Digital and New Media in a tweet says Yahoo boys lament as Diezani becomes a motivational speakers for yahoo boys.

Cases Diezani has to answer

Diezani has been in London since 2015, she has been under an investigation by the Economic and Financial Crimes Commission (EFCC) for money laundering. The EFCC has named her in different corruption trials.

Diezani is being investigated for money laundering and acquisition of properties in a London court.