Nigerians, on Wednesday, kicked against the increase in the pump price of petrol by over N20 by the federal government, saying it was ill-timed. A… 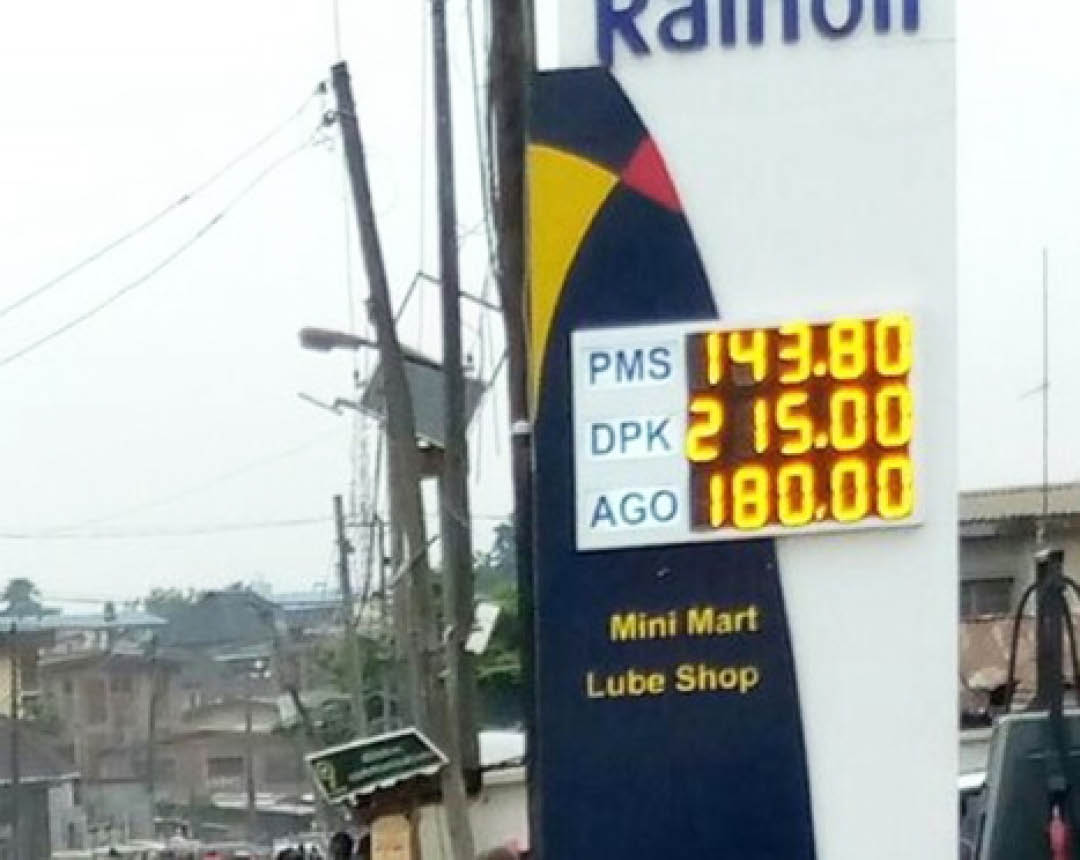 Nigerians, on Wednesday, kicked against the increase in the pump price of petrol by over N20 by the federal government, saying it was ill-timed.

The increase came the same day the lifting of the ban on interstate travel by the federal government took effect.

The ban was imposed to contain the spread of coronavirus.

Daily Trust reports that the increase was sequel to the recommendations given to the FG by the Petroleum Product Pricing Regulatory Agency (PPPRA) on the new price band.

“Please recall the provision for the establishment of a monthly price band within which petroleum marketers are expected to sell PMS at the retail stations, based on the existing price regime,” the PPPRA said.

Before the announcement of the new prices, the PPPRA Executive Secretary Abdulkadir Saidu said in an advisory: “After a review of the prevailing market fundamentals in the month of June and considering marketers’ realistic operating costs, as much as practicable, we wish to advise a new PMS pump price band of N140.80 – N143.80/litre for the month of July 2020.”

How we arrived at new prices – PPPRA

He also urged all petroleum marketers to operate within the price band advised by the agency.

The federal government had in March this year announced that the retail price of petrol would be adjusted monthly to reflect realities in the global crude oil market.

Realities in the oil sector

Daily Trust reports that a barrel of crude oil was sold at $39.81 at the international market yesterday.

This means a litre of fuel can hit N200 when the price of crude per barrel rises to $85, experts said.

Our correspondents report that the pump price was fixed at N125 per litre in March, and reviewed downwards in April to N123.50 when the crude oil price dipped.

In May, only the ex-depot price was reviewed downwards to N108 and the retail price was adjusted to N121.50 in June.

Though fuel retail stations visited in Lagos and Abuja yesterday were yet to adjust their metres to reflect the new pump price, many Nigerians spoken to by our correspondents insisted that the timing was wrong.

The Nigeria Labour Congress (NLC), the umbrella body of Nigerian workers, expressed dissatisfaction with the increase in fuel price, describing it as an exploitation of the people.

NLC President, Comrade Ayuba Wabba, told Daily Trust on phone that Nigerians should not be made to suffer from the result of failure of good planning and management.

“This exploitation will not end until we are able to refine crude oil in Nigeria.

“We have said it severally and therefore we reject all of these; and I think at this point in time, instead of (government) giving to the people, you are exploiting the people from all angles.

“Every angle they are trying to exploit the people, it is unfortunate.

“So, we will react officially tomorrow (today) because I have not heard of it until now,” Wabba said.

Also, the Public Transport Owners of Nigeria Association (PTONA) expressed dismay over the increment in the pump price of fuel.

The Executive Secretary of PTONA, Ebere Oluoha, in a chat with Daily Trust, said the increase was in bad taste.

“Why hike the price of fuel at this time? This is not good,” he noted.

According to him, this would trigger an increase in transport fare as many transporters begin to restart operation following the lifting of the ban on interstate movement.

“We were not expecting this at this time when things are just taking shape.

“We are just finalising preparations to resume operations following the reopening of interstate movement.

“At least, if they have the plan to increase the pump price, they should have waited for some months before implementing this.

“This is definitely going to bring about an increase in fares and it would add to the suffering of the people,” he said.

Also, an official of the National Union of Road Transport Workers (NURTW), who spoke with our correspondent on condition of anonymity because the state council has not taken a position yet, said the development would mean that passengers would pay through their nose to move around.

He noted that already transportation fare had increased due to the social distancing measure, which is being enforced in commercial vehicles as a result of the ravaging COVID-19 pandemic.

Daily Trust reports that already transportation fare in Lagos had doubled as commercial buses were asked to carry 50 percent of their capacity.

Checks by our correspondents showed that Ikeja to Mangoro-Cement, which used to be N200, is now between N400 and N500. Also, the N100 fare has increased to N200 and N300 during rush hours.

“What this means is that we have to further adjust the fare once the increase in fuel price is implemented,” the NURTW chieftain added.

Abdullahi said he supports the sale of refineries “to private individuals who will maintain the business and give it proper attention.

“In foreign countries, critical sectors are being driven by private firms.

“Federal government should take the bull by the horns and stop wasting resources on failed investments.

“All these fluctuations of oil prices are unnecessary.

“Which day did they lower the price that they are still recommending its increment?” he asked.

“Many filling stations did not complied when the price was brought down weeks ago.

“I don’t blame them; it is what they buy that they will sell.

“But on a serious note, this is not the right time to be gambling with prices of oil.

“Nigerians are still in pain brought by COVID-19.

“I believe the federal government can still find mechanisms of stabilising the price even if prices of oil fluctuate at the global market.

“Increase in prices of oil at the global market did not translate to better welfare of ordinary Nigerians.

“President Buhari and his team should implement many policies already in place that will give healthy competition in the industry,” he said.

Similarly, Hajia Falope Selimot appealed to the federal government to first allow increment of oil prices in the global market to manifest in Nigerian economy before implementation of PPPRA’s recommendations.

Govt should be sensitive – CSOs

Speaking on the development, the Executive Director, CLEEN Foundation, Dr. Benson Olugbuo, told Daily Trust that the federal government should be sensitive to the plight of millions of Nigerians struggling to survive under the COVID-19 pandemic.

“If the increase is as a result of the removal of the petroleum subsidy, it has to be communicated in a way that citizens will understand the decision very well.

“The sudden increase will cause serious inflation for an economy that is already on life-support,” Olugbuo said.

However, an expert in the oil and gas industry, Mr Louis Brown Ogbeifun, said Nigeria will continue to have fuel pump price problems as long as the sector remains in the hands of the government.

Ogbeifun, a former president of Petroleum and Natural Gas Senior Staff Association of Nigeria (PENGASSAN), said for Nigerians to enjoy what God blessed them with, there has to be full deregulation and ailing refineries must be revived or new ones built.

The Director General of Lagos Chamber of Commerce and Industry (LCCI), Dr. Muda Yusuf, said the change in price should be expected as some key variables change because the petroleum downstream sector is operating a deregulated pricing regime.

The variables according to him include crude oil price, exchange rate and other factors influencing cost of delivery of the product.

“This is the essence of the liberalised market.

“What is critical is to ensure that an effective framework for unfettered competition is created.

“The idea of the PPPRA orchestrating the price movements is not consistent with the ideals of a market driven framework,” he said.