Nigerian youths must refuse to be led by the nose (II)

Eighteen-year-old Salisu later graduated to selling palm oil. He upped one day and shipped himself to Aba, where he lived at 150 Clifford Street.  From… 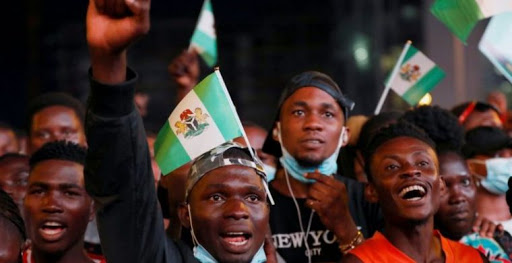 Eighteen-year-old Salisu later graduated to selling palm oil. He upped one day and shipped himself to Aba, where he lived at 150 Clifford Street.  From there on to Warri, and shuttling between there and Benin, he supplied palm oil up north. He would leave Warri and head to Accra and Kumasi from where he still does the same business till today. He said the product is cheaper in Ghana, but now that Buhari has closed land borders, he reverted to buying from the South to sell in the North (these bans and forex restrictions do have some good sides).  Salisu bought an old Honda Accord car with which he runs the ‘uber’ business and sponsors himself in university. He is very serious about getting 5-star rating (which I gave him).  He is about 35 years old today. The Kano indigene believes people should work and school at the same time. He calls it ‘struggle’. “Struggle must be combined with schooling. This is the mistake I think we made in Nigeria”, he asserts. I assured him that was how it is done in Europe and other developed places.

I asked him what he thinks about Almajirai. He was pained. He said Jonathan tried to assist those boys but his efforts were rebuffed by the elite. He complained about the ‘born born culture that we have’. A culture whereby people don’t plan for their children and soon release the boys to go and beg under the guise of Islamic education. He said he had two children who are both in school, just as he had attended public schools all his life.

Salisu is a very knowledgeable and helpful chap. A hustler, who can blend in anywhere. He has bought into the idea of standing on one’s own and never depending on the government. Once during our first journey, one of those traffic controllers in yellow uniform was hailing and greeting him with a view to getting a tip, Salisu was aghast. “Oga see me see trouble o. These guys are paid by the state. They even have pensions. Me that I am hustling I don’t even know if I will get it or not. How can I give him money?” He asked me, mouth agape.  When I asked him what he thought about Kano streets being quite dirty, he informed me that the governor has pocketed the local government chairmen to whom he only allocates N20 million monthly; an amount that is not enough to do any work.

On national politics, he said he believes someone from the South should become the next president but the northern elite are working on continuing with one of their own. When asked if he could vote for an Igbo person, he sharply replied that he voted for Jonathan in 2011 and 2015, so he will if he sees a good candidate. Salisu showed me his crypto wallet and regaled me with the cheap cryptos he trades on the side. Remember this was a shoemaker.

Speaking with this guy, I realised that Nigerian youths are not building some important bridges. He didn’t have to be a southerner to think in some certain manner or to try and be just and fair. He has hustled in life more than most southern Nigerian youths will ever dare. He has suffered in life, sleeping in the open and around mosques as he journeyed from Kano to Yenagoa to Aba to Port Harcourt, Warri, Benin, Accra and Kumasi. What does anybody want him to do to prove his bonafides again? I know some who are permanently cynical will say it’s all fake, that he can turn anytime. Everyone is entitled to his own opinion. What I saw in Kano in the extended period I was there is a city of young Nigerians from everywhere trying to make their ways through life.

Kano is Nigeria. Kano is a place of opportunities. I even reconnected with my friend, protege and ANRP enthusiast Ibrahim Husseini, doing so well in the cashew and hibiscus business up there. The guy is an encyclopedia of the markets. I don’t see why anyone will talk down on any of these guys. The elite are, however, a different kettle of fish as they are hanging on to a long-expired class structure, hence the filth on the streets and the roaming children. The state of the North today does not represent the wishes of the young folk there at all.

Nigerian youths should give themselves a chance and try hard to come together. I speak especially to the vocal ones on social media, most of whom are southerners. The politics is getting toxic. It cannot continue to be all about mockery, insults, abuses and constant quarrels, fishing around for whom to ‘drag’ as they say on Twitter. The youth politics in Nigeria today, is chasing away cerebral people, making them avoid the marketplace for mutual exchange, which is the only way ideas can be refined. The fact is that even after now, if indeed the wishes of many come true and Nigeria splits, this same spirit will be carried into the new contraptions.

Nigerian youths should save themselves, learn about each other, broaden their minds, banish prejudice, find common areas of interest for the development of Nigeria, and, at least, try their hands on the leadership of this nation. Never let anyone decide on your behalf what to make of your future. My 2 kobo advice.

Fun fact about Kano: There are a lot of mosquitoes. But they are easy to kill. They seem not to have the reflexes of those ones in Lagos, which are even smarter than the ones in Abuja or indeed anywhere else in the world. I started wondering if anyone has done research into how the reflexes, attitudes and capabilities of people can affect predator insects around them, like mosquitoes. This must have something to do with evolution. Who knows?