Fast-rising Nigerian singer, Oxlade is currently trending at the number one spot on both Google with over 50,000 searches and Twitter, where his discussion has… 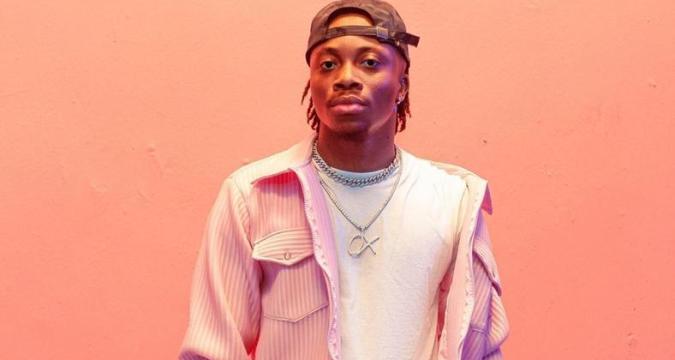 Fast-rising Nigerian singer, Oxlade is currently trending at the number one spot on both Google with over 50,000 searches and Twitter, where his discussion has generated over 110,000 tweets.

However, the singer is not trending because of his singing prowess, instead, there is a sex tape of someone who seems to be the singer circulating online.

Nigeria sinking in the hands of incompetent leaders – IBB

Reps to CBN: Provide details of $40m recovered by EFCC

Giving his two cents on the matter, a Twitter user Shola with the handle, @jayythedope tweeted, “Many of you be trying to paint Oxlade’s sextape like he committed a crime, smh. Everybody is a virgin on Twitter. It’s hightime we all stopped acting like kids whenever things like this happens. When sextapes get leaked, blame the leaker, that’s the criminal, period!!!”(sic)

Disapproving of the singer’s act a Twitter user via his handle @papaDee007 that Oxlade ought to be known for his music and not scandals.

He wrote, “Hmmm, if dis is really Oxlade, no make sense, He should be pushing his Music across board, let us know him through his music cos the Guy sabi sing wahali, not dis stuff surface online abeg.” (sic)

In his opinion, the Twitter user, @Ajayisanchez stated that he does not believe the singer leaked the sex tape for a publicity stunt. He tweeted, “I don’t think Oxlade did it for PR, man is already shooting for the stars. I believe someone probably the lady is doing this to him. Wherever you are Oxlade, be safe King!”

However, as Oxlade’s sex tape keeps sparking debates, some Twitter users have gone back to talk about Tiwa Savage’s sex tape which leaked online last year. Some of the users of the microblogging site opined that Nigerians have double standards.

They claimed that when Tiwa Savage’s sex tape surfaced online, many people were quick to bash her because she is a woman, meanwhile, Oxlade is getting praised for the leaked video.

Currently, Tiwa is trending at the number four spot on the Nigerian Twitter space.

The Twitter user ayNaija Blogger with the handle @JaynaijaBlog simply wrote, “You guys dragged Tiwa savage, but are hailing Oxlade. I am lost.”

While giving more insight to the comparism between both singers whose sex tape have leaked online, the Twitter user DR.PENKING in a lengthy thread via his handle @drpenking wrote,“Nigerians are comparing people’s reactions to Tiwa Savage’s sex tape and reactions to Oxlade ‘s. The fact is, Oxlade is still a 24-year-old, wild BOY who smokes weed.

“Tiwa savage is a 42 year old MOTHER. People expected her to do better because of that singular status if not for anything for the mental health of her son in the next few years.

“Sex tape on it’s own is no crime. People have different sexual fantasies and as long as it doesn’t break any laws, you are home and dry. However you have to always factor in the persons you have in your life and how your actions will affect their mental health. Stop converting everything to gender war. are y’all not tired?”(sic)