Nigerian refugees in Diffa, Niger Republic have cried out to the authorities in Nigeria and their host country to intervene on a new transport rule… 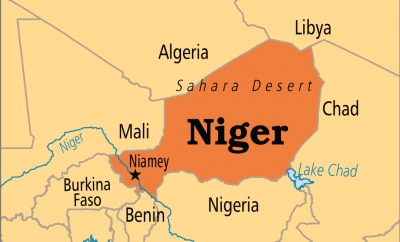 Nigerian refugees in Diffa, Niger Republic have cried out to the authorities in Nigeria and their host country to intervene on a new transport rule that grounded over 200 taxis with Nigerian number plates.

At least 20,000 Nigerians – men, women and children – are currently taking refuge in the Diffa region after fleeing attacks by Boko Haram in Borno, Yobe and Adamawa states.

Malam Musa Abdullahi, the leader of the Nigerian taxi owners in Diffa, a migrant of Abadam LGA in Borno State, said so far, Nigerien police and customs had confiscated nearly 100 vehicles from them within one week.

He said the new rule enforced a demand that any Nigerian refugee who wants to transport goods or humans using a car with Nigerian number plate must acquire a paper that cost 600,000 CFA, which is equivalent to N700,000.

“Money is more than the value of many vehicles we use to fend for our families to be self-reliant.

“We are appealing to the Nigerian government, specifically Governor Zulum, to have bilateral discussion with the governor of Diffa to release our vehicles so as to continue with our lawful business,” he said.

NOVA Merchant Bank donates to school for the blind

Another resident, Barrister Aminu Abadam, decried that new rule has put hundreds of households into a difficult condition.

“We are appealing to the government of Nigeria to intervene so that our vehicles will be released to us to resume our normal business,” he said.

Alhaji Modu Kachalla, a migrant from Nigeria and taxi driver said despite the preferential treatment given to Niger people in loading goods and passengers, none of the Nigerian drivers ever raised alarm.

He commended the Nigerien government for supporting them with food and other social amenities saying they have no reason to complain about that, “We all appreciated that but, we need extra income to take care of other family problems, like medications and other basic needs that we cannot rely on their government to provide for us”.

He said that he relies on his taxi to cater for his parents, family and other members of his extended family who are in dire need.

In an audio clip, the chairman of Diffa Transport Union, Alhaji Gali Mustapha reacted to their allegation that the drivers must produce ECOWAS insurance, international driver’s licence and Laisser passer before they could be allowed to operate.

He said only transporters from Nigeria are allowed to load goods to Diffa if they have complete and genuine papers, but they don’t have the right to load from Niger to Nigeria.

However, his response had received a backlash from members of the Transport Union, when one Ibrahim Babalale accused him of causing confusion in Diffa.

When contacted for comment through voice mail, the Diffa President conseil régional said he was not in the position to talk but directed our reporter to contact Head of Nigerien police or the Director of Transport in Diffa.