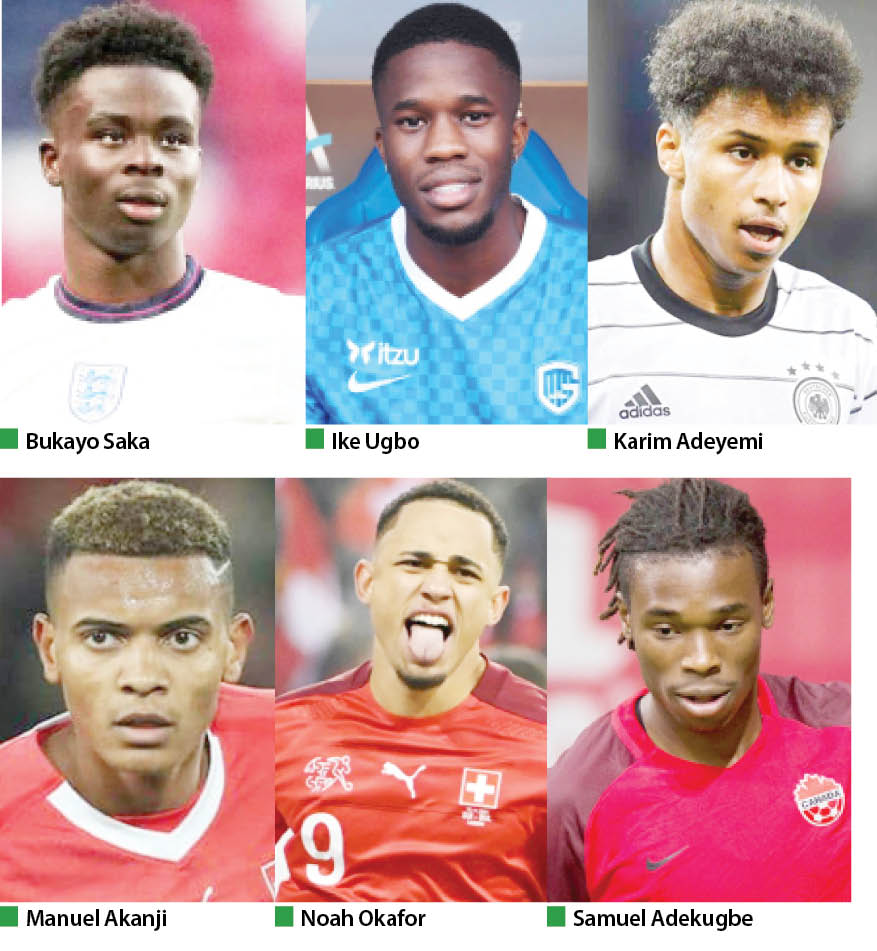 This will be the first World Cup held in the Arab world and the second World Cup held entirely in Asia after the 2002 tournament in South Korea and Japan.

Unfortunately, the ‘Giant of Africa’ Nigeria, will not be at the football’s biggest showpiece as the Super Eagles were booted out of the finals by long-time rivals, Ghana.

But there are a few Nigerians who will be on parade for their respective adopted countries. Below are Nigerian-born players who could light up the World Cup in Qatar:

Bukayo Ayoyinka Saka, born 5 September 2001, is a Nigerian-born English professional footballer who plays as a winger, left-back, or midfielder for the Premier League club Arsenal and the England national team.

Saka was born in Ealing, Greater London, to Yoruba parents, Adenike and Yomi Saka, and was the youngest of two children.

Saka represented England at various youth levels before making his debut for the senior team in October 2020. He was part of England’s squads at UEFA Euro 2020 and the 2022 FIFA World Cup.

Karim-David Adeyemi, born on 18 January 2002, is a Nigerian-born German professional footballer who plays as a forward for the Bundesliga club Borussia Dortmund and the German national team.

Adeyemi was born in Munich, Germany, to a Nigerian father and a Romanian mother. He is a youth international for Germany, having represented the German under-16s, under-17s and under-21s.

He was born in London to parents with Nigerian heritage and lived in England until he was 10 when his family moved to Canada. His younger brother Elijah is also a professional soccer player with Cavalry FC. He is a fan of Manchester City.

Iké Dominique Ugbo, born 21 September 1998, is a professional football player who plays as a forward for Ligue 1 club Troyes. Born in England, he represents the Canadian national team.

He represented England at under-17 and under-20 youth levels, before making his senior international debut for Canada in 2021.

Ugbo was born in Lewisham, Greater London, to Nigerian parents. He moved to Canada with his family when he was four or five.

He was born in Neftenbach, Switzerland to a Swiss mother and a Nigerian father.

Noah Arinzechukwu Okafor, born 24 May 2000, is a Nigerian-born Swiss professional footballer who plays as a midfielder for Austrian Bundesliga club Red Bull Salzburg and the Switzerland national team.

Born in Binningen, Switzerland, Okafor is of Igbo descent. His father is from Nigeria and his mother is Swiss.