For nearly four years now, the Nigerian Men’s basketball league usually organised by the Nigerian Basketball Federation, NBBF, has been in quagmire following the court… 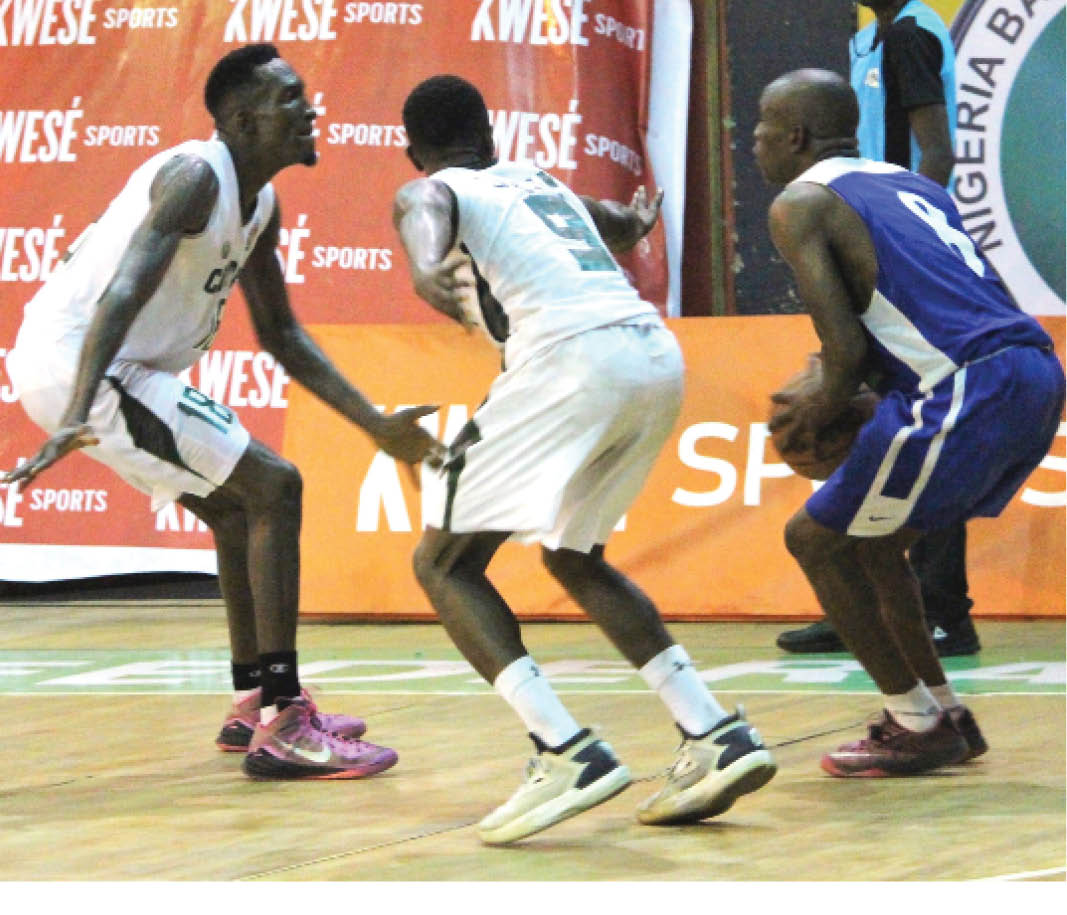 For nearly four years now, the Nigerian Men’s basketball league usually organised by the Nigerian Basketball Federation, NBBF, has been in quagmire following the court order stopping the NBBF from organizing the Men’s Premier Basketball League. The Men’s domestic league was last staged in 2017/2018.

Without doubt, the situation in the sport federation is a fall out of the lingering leadership crisis between the factions led by Engineer Musa Kida and Tijani Umar.

While Kida with the support of the sports ministry is in total control of the national teams, Tijani Umar led faction is determined to operate the domestic league.

It will be recalled that in November, 2018, the Management Board of Kwese Premier Basketball League and Ibrahim Sa’ad (Chairman, Gombe State Basketball Association) who represents Gombe Bulls, Kwara Falcons Basketball Club and the Nigeria Basketball Premier League Owners’ Council, who are obviously sympathetic to Umar dragged Musa Kida’s NBBF to court in a suit (FHC/ABJ/CS/1317/2018).

Following the alleged refusal of the Kida led board to allow Gombe Bulls and Kwara Falcons, winners and runners up in the 2018 Kwese Premier Basketball League to represent Nigeria in the continent, the two clubs went to court to stop the Men’s Premier League from holding.

Unfortunately, the move which was to stop the Kida NBBF’s plan to organise an “abridged” Premier Basketball League for the purpose of selecting the country’s representatives in the 2018/2019 Africa Basketball League, the FIBA Africa champion clubs tournament has lasted long enough to shut down the men’s basketball league in the country.

Already, the Kida led board of the NBBF has prayed the Federal High Court sitting in Abuja to throw out the case it has since described as frivolous.

Interestingly, following months of court proceedings and adjournments with the last hearing in November, 2019, the presiding Judge has fixed the final judgement for Tuesday, January, 26.

Although the Kida board is hoping that the much awaited judgement will put paid to the lingering impasse surrounding the Men’s Premier League, there are concerns that whichever way it goes, the judgement would still attract an appeal, thereby leaving the league in limbo.

The dispute over the control of the NBBF has its origin in rival elections conducted in 2017 that saw both Kida and Umar laying an uncompromising claim to the presidency of the federation.

FIBA, the world basketball governing body, however, recognises Kida board’s control of the national teams but domestically, the dispute over the control of the men’s Premier League rages on.

The crisis began when the former minister of sports, Barrister Solomon Dalung allegedly hijacked the election process in 2017 and conducted another election in Abuja on June 13, 2017 that produced Kida as the new NBBF president after the board led by Umar had conducted its own election in Kano as directed by the sport’s world body, FIBA.

Despite the crisis, the former minister Dalung threw his ministerial weight behind Kida who took charge of the national teams, which are the properties of the federal government held in trust for Nigerians by the NBBF.

Meanwhile, the Umar group who had secured a new sponsor for the league, continued with the organisation of the league despite the alleged attempts by Dalung to disrupt it by locking up all venues under the control of his ministry.

It is said the open confrontation between the then sports ministry and the Umar led NBBF instigated the court case instituted by the aggrieved clubs against the Kida led NBBF board.

As the basketball community in Nigeria eagerly wait for the High Court judgement on Tuesday, the NBBF President, Kida has said “We are not unmindful of the concerns of our players, who are being affected by the absence of NBBF Men’s Premier League, but sadly, most agitators have found it easier to blame the board for not being concerned about their plight, which is the easiest thing for them to do due to ignorance.”

He added that “We are waiting until next week (Tuesday) when we will see where it leads, but we are hoping that the court will dismiss it so that they will allow us to organise the league and our domestic players will be able to compete again.

“We hope to hit the ground running after losing valuable time since 2018.”

Speaking to Trust Sports, a former D’Tigers player, Pastor Skambo Morrison said he is less bothered about who the court favours as he maintained that his desire is to see basketball win.

He also regretted that the league is not on because the sponsors had since backed out as they wouldn’t want their brand dragged in the mud.

“Basketball in Nigeria has suffered so much and the issue has gone to court and it is not an out-of-court settlement.

“At the end of the whole thing, I want basketball to win where everyone will return to court and people will be reunited.

“At the moment, there is no trust from any of the factions. Let the court just come up with the judgement that will ensure basketball has to win.

“We are technically leaving a bad legacy for some people because at the end of the whole thing, if basketball doesn’t win, our names will not be spared,” he said.

Meanwhile, a former D’Tigers captain and Olympian, Olumide Oyedeji who has been accused of masterminding the ‘lock-down’ has continued to refute claims that he took the Kida led board to court.

In a recent Live Instagram session, he wrote “I was not the one who took the case to court. How can I withdraw a case I didn’t take to court. I want you to write this bold. Quote me, challenge me, I didn’t sign or see any petition. I can be quoted anywhere, anytime,” he said.

As the judgement day approaches, it is expected that the court will rule in favour of the game for the league which is presently in coma to be revived for the good of millions of young Nigerians who earn a living from it.