Ahead of the 2023 general elections, the Nigerian Academy of Letters (NAL) has urged the Federal Government to end money politics with a view to… 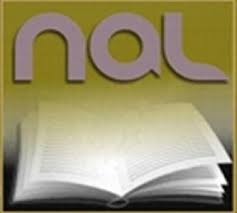 Ahead of the 2023 general elections, the Nigerian Academy of Letters (NAL) has urged the Federal Government to end money politics with a view to ensuring free, fair and credible polls.

This was part of the NAL’s recommendations after its 24th convocation, investiture of new fellows and induction of new members recently held at the University of Lagos.

NAL, in a communique signed by its president, Prof. Duro Oni, also charged the government to promote nationhood through cultural means.

It asked the government and the striking Academic Staff Union of Universities (ASUU) to resolve their dispute, adding that there was an urgent need to revamp the deteriorated educational resources and infrastructure at all levels.

It said the government should also “investigate the nepotism and disregard for inclusiveness, major factors contributing to the systemic disintegration of Nigeria, resulting in weak federating units and monitor the outcomes from the appropriate treatment of the national question, federal character and values that build not just a country, but a nation where every citizen has a sense of acceptance.”

Themed ‘Cultural Commonalities in Nigeria’s Heterogeneity’, the event was attended by 84 professors from different Nigerian and overseas universities, including the Vice Chancellor of the University of Lagos, Prof. Oluwatoyin Ogundipe; the Registrar of the Joint Admissions and Matriculation Board, Prof. Is-haq Oloyede; the Executive Secretary of the National Universities Commission, Prof. Abubakar Rasheed, among others.