Nigeria@60: How true is claim that Flora Shaw coined the name Nigeria?

A British journalist, Flora Shaw, is widely credited with the coinage of the name “Nigeria” to describe the “Niger Area,” which was then a territory administered by the Royal Niger Company.

Oral history and some historical literature have over the years popularised the claim that Shaw (later Lady Lord Lugard), a female journalist reporting for The Times based in London, coined the name of Africa’s most populous country, Nigeria.

For instance, an article, “Who named Nigeria and in what Year?,”published by Dailyschoolnews Nigeria Portal, claimed Flora Shaw created the name ‘Nigeria.’ 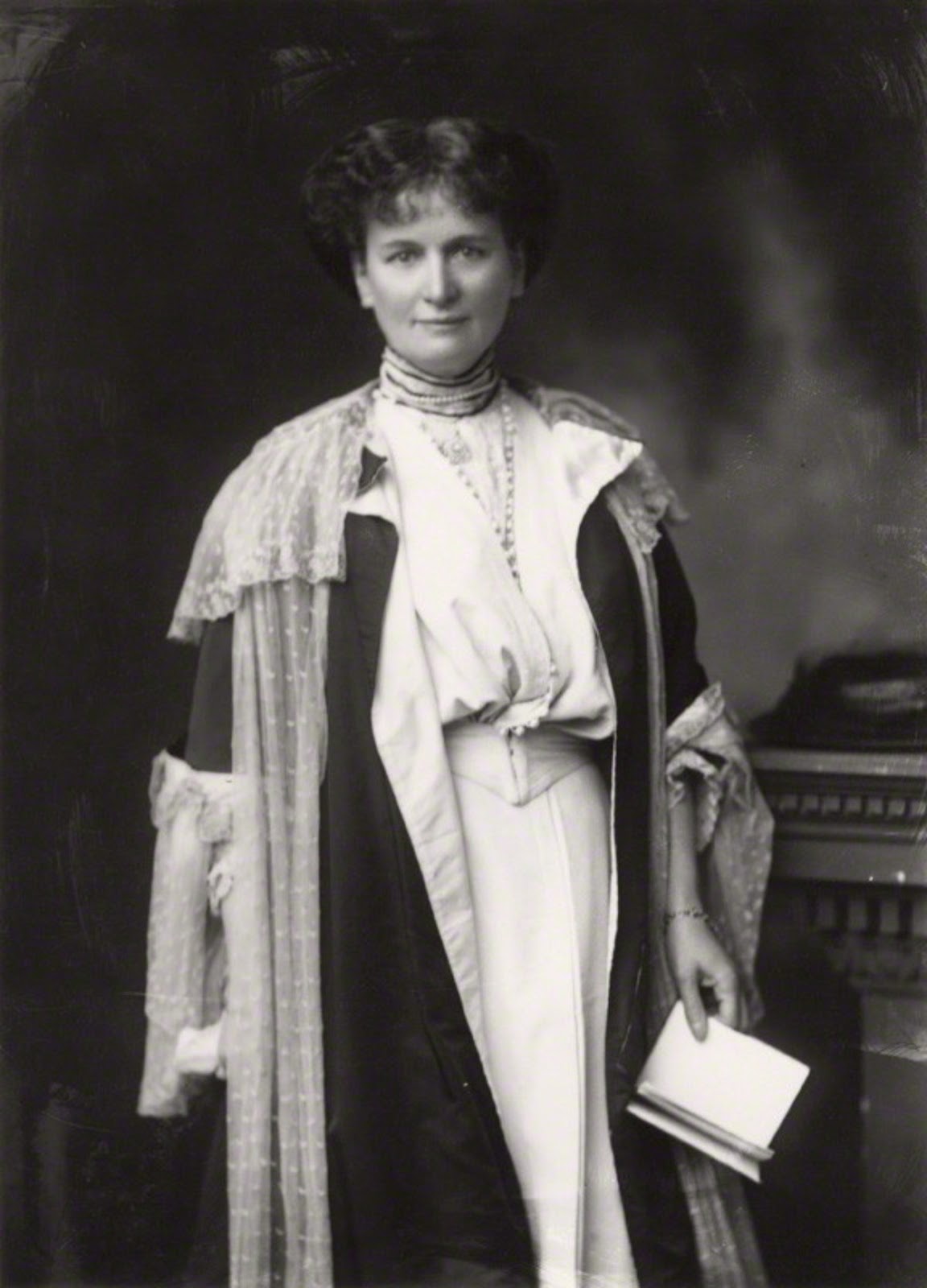 The British Journalist, Flora Shaw, who suggested ‘Nigeria’ for the ‘Niger Area’

However, there are several other claims that Flora Shaw did not coin ‘Nigeria’.

The post claimed a book published in 1862, “Life in the Niger” by William Cole mentioned ‘Nigerians’ in two places. “This was 31 years before Flora Shaw’s ‘formulation’ of the term Nigeria or Nigerians,” the post stated.

Life in the Niger

However, a commentator countered the claim, adding that it was a review by modern editors describing “a trip by the author and five Nigerians.”

The commentator added: “This reference is a description of the book by modern time editors trying to point readers in the right direction.”

In addition, the Nairaland Forum post claimed that there is also a use of “Nigerian” in another publication by Richard Burton in 1863, in his article “My Wanderings in West Africa: A Visit to the Renowned Cities of Warri and Benin.”

The post claimed that while making an observation about the variation in skin color among people in that area, Burton Wrote in the book that, “The skin is mostly black; some, however, are fair and reddish, a thing everywhere to be observed among Nigerian tribes.”

The post concluded that “It’s not certain that either Burton or Cole coined that word either. The term may already have been in use by then.”

Similarly, a Youtube video by The Renaissance, entitled, “1914 Almagamation of Nigeria- A Hoax” also discredited the claim that Flora Shaw coined ‘Nigeria.’

While evidence on the exact coinage of ‘Nigeria’ remains sketchy, what has been established is the fact that Flora Shaw suggested the name ‘Nigeria’ as the identity of the ‘Niger Area’ in an article in The Times of London of January 8, 1897,  123 years ago.

However, evidence showed that she did not christen the ‘Niger Area’ as her suggestion was adopted 16 years later by Lord Federic Lugard when he fused the Northern and Southern protectorates in 1914, 106 years ago.

However, the United Kingdom’s National Portrait Gallery traced the origin of the name Nigeria to Flora Shaw.

“Writing in The Times in 1897 she coined the name ‘Nigeria’ for the territories administered by the Royal Niger Company,” the organisation posted on its official website.

In the article, she wrote: “The name Nigeria applying to no other part of Africa may without offence to any neighbours be accepted as coextensive with the territories over which the Royal Niger Company has extended British influence, and may serve to differentiate them equally from the colonies of Lagos and the Niger Protectorate on the coast and from the French territories of the Upper Niger.”

A former Africa correspondent for the Independent, Karl Maier, in the page 10 of his book entitled “This House Has Fallen” supported the historical claim that Shaw coined the name ‘Nigeria’.

“London finally settled on Nigeria, a name coined sixteen years before by Lugard’s future wife, Flora Shaw, in an article she wrote for the British establishment newspaper, The Times,’ Maier documented in the book. 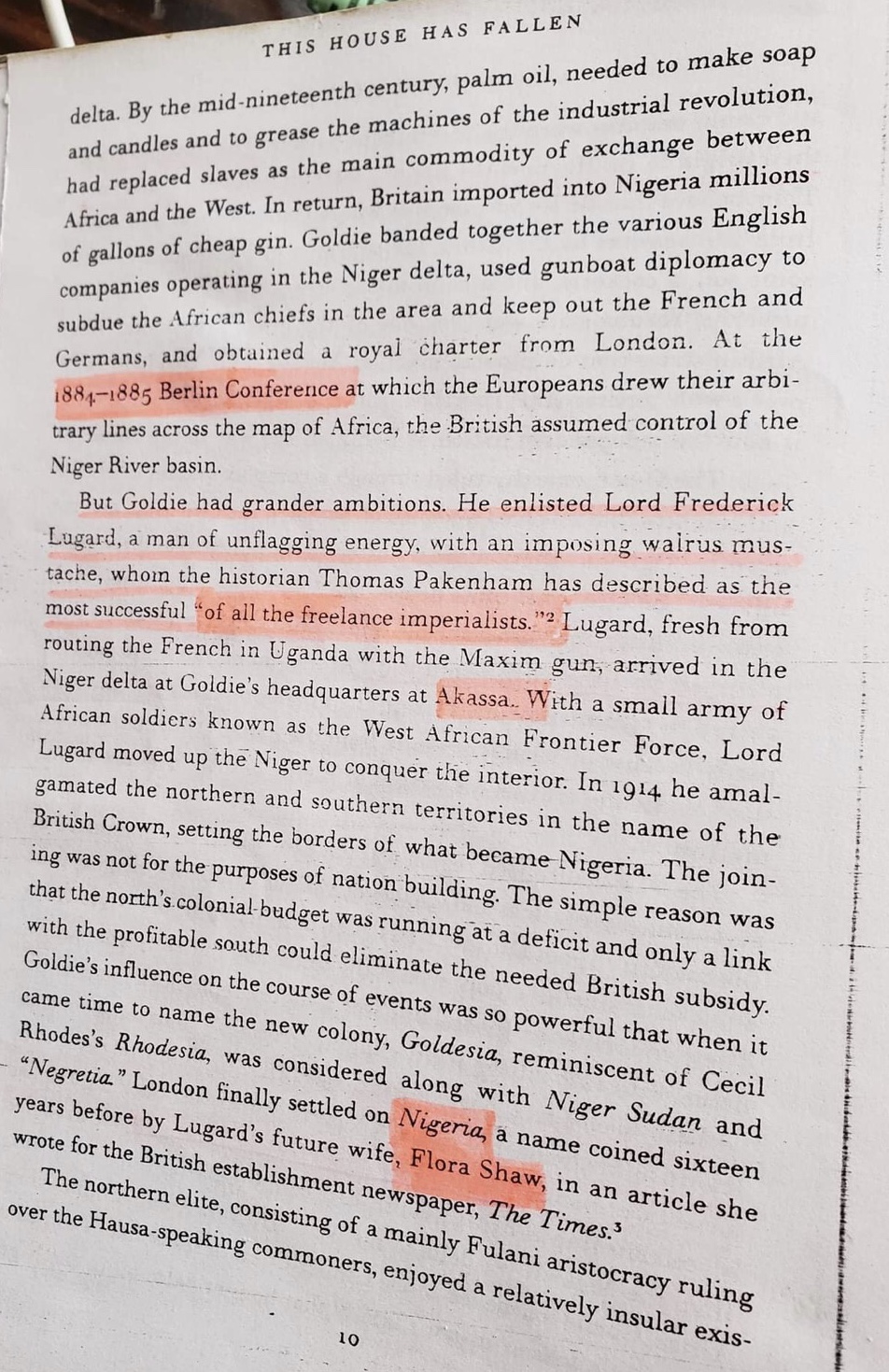 Furthermore, a twitter handle, @historyintwists,  posted on Twitter a scanned article detailing how the name “Nigeria” was suggested by Flora Shaw in the Times of London of the 8th of January 1897. 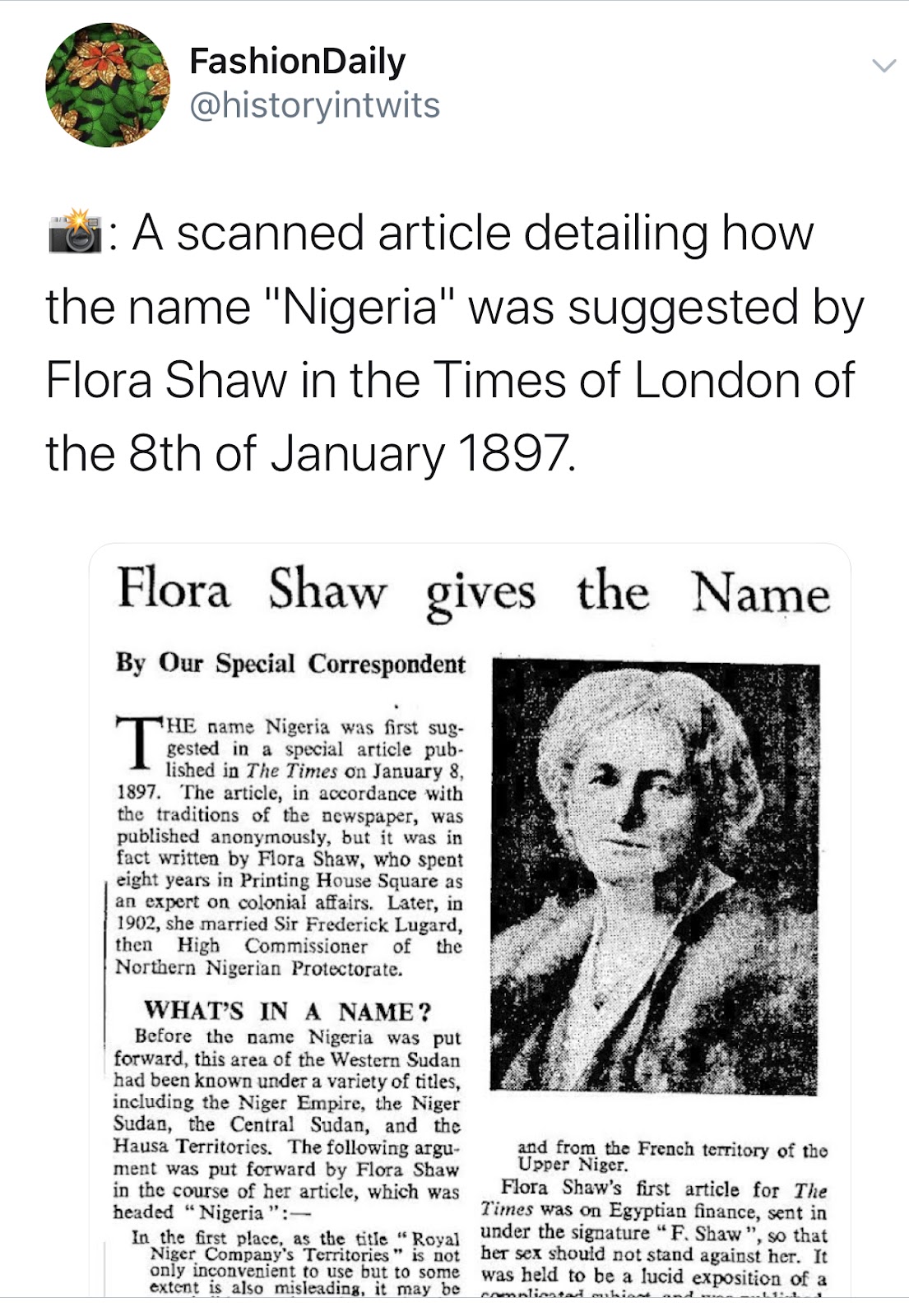 The article stated that like so many modern African states, Nigeria is the creation of European imperialism. “Its very name – after the great Niger River, the country’s dominating physical feature – was suggested in the 1890s by British journalist Flora Shaw, who later became the wife of colonial governor Frederick Lugard. The completion of the British conquest in 1903 and the amalgamation of northern and southern Nigeria into the Colony and Protectorate of Nigeria in 1914.”

Evidence shows that the name suggested by Flora Shaw for the ‘Niger Area’ became a reality when “the Nigerian state emerged in 1914 after thousands of years of convergence of different ethnic groups in a geographical region subsequently coined’ Nigeria’ by Flora Shaw.”

Two researchers, Uzoma Osuala and Obinna Muoh published an article on the Research on Humanities and Social Sciences, asserting that “certainly, the British merged the various ethno-linguistic groups within the geographical terrain to create a country – Nigeria.” This happened in 1914, being 17 years after Flora Shaw suggested the name in an article published in The Times of London.

A historian, Ozibo Ozibo, said historical evidence supports the claim that Flora Shaw suggested ‘Nigeria’ for the ‘Niger Area’ “in the early days of the British colonial adventurism.”

Ozibo, who is a doctoral student in African History at the Michigan State University, United States of America, said the name recommended by Flora Shaw was eventually imposed on the ‘Niger Area’ by the British Government during the amalgamation in 1914 of the different pre-colonial nationalities under one political umbrella.

Dear Reader,
Every day, we work hard to provide readers such as you with the most accurate, up-to-date, and comprehensive information. Quality journalism costs money. Today, we're asking that you support us to do more. Your support means that Daily Trust can keep offering journalism to everyone in the world. Donate or sign up for as little as N1,000 to become a member. Learn more about our membership here