After defeating the incumbent Mrs Matilda Otuene in an election held in Lagos, Ms Henrrinetta Ehiabor, the manager of Delta Queens, has recently been elected… 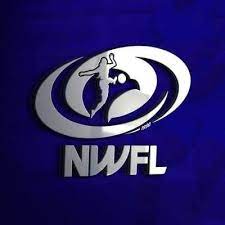 After defeating the incumbent Mrs Matilda Otuene in an election held in Lagos, Ms Henrrinetta Ehiabor, the manager of Delta Queens, has recently been elected chairperson of the Nigeria Women Football League (NWFL) club owners’ association.

At the end of the election, Ehiabor received 16 votes, defeating Otuene of Rivers Angels who received 10.

The positions of the Public Relations Officer (PRO), Financial Secretary, Treasurer, Assistant Secretary were unopposed as the candidates were given greenlight by the 26 NWFL club owners who were in attendance at the election with only Pelican stars owner absent.

The newly elected chairperson of the association, Ms Ehiabor, in her acceptance speech said she will work for the benefit of the club owners, the growth of the league in collaboration with the board of the NWFL.

“At the end of my two years tenure, please judge me by the following promises I am making to you all today. The interest of our great Association will come first over and above my personal interest or that of my Club.

“I will focus on uniting our Association to guarantee that we continue to speak with one voice. I will operate a financially-accountable executive and ensure the Executives account for every fund raised,” she concluded.