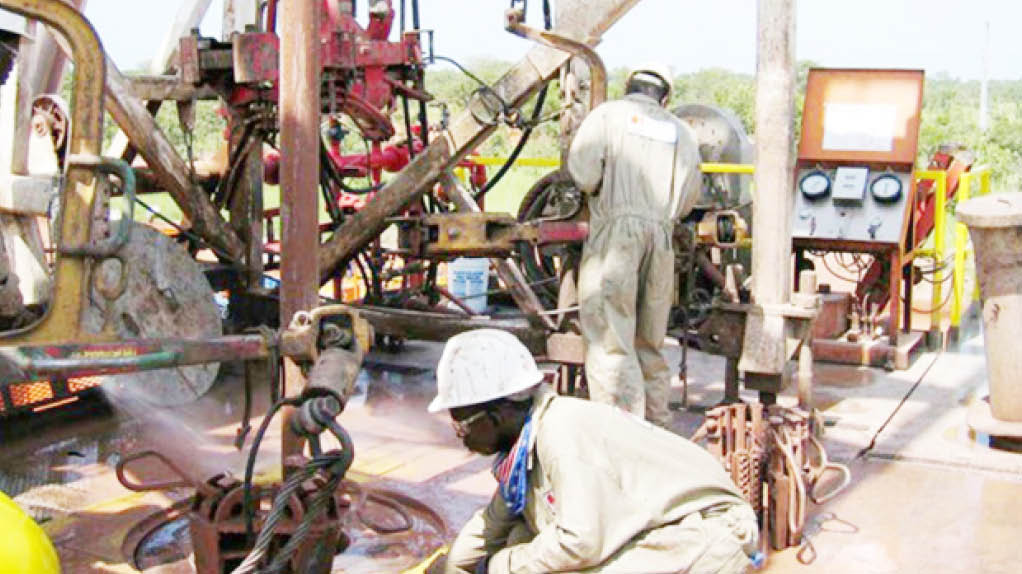 Nigeria may be in for another breakthrough in oil exploration as the first of such activities debut in the North on the Kolmani River range spanning Bauchi and Gombe states with fresh 1 billion barrel oil reserve generating over N32 trillion, when developed.

Daily Trust, at the weekend, confirmed from multiple sources at the Nigerian National Petroleum Company Ltd (NNPC) that President Muhammadu Buhari will on Tuesday supervise the first oil drilling in the North. The development is historic for Nigeria, with the country now boasting of crude oil reserves in both its southern and northern parts.

An official said that the oil finding activity would be the first major oil exploration since NNPC transformed into a commercially viable entity.

Drilling on the Kolmani Oil Prospecting Licence (OPL) 809 and 810 at the Kolmani field sites in Bauchi and Gombe will be the first oil drilling in Northern Nigeria after oil discovery in commercial volume was announced nearly two years ago.

These new assets are controlled by NNPC Ltd, the newly commercialised state-owned oil company, and the New Nigeria Development Company (NNDC), a conglomerate owned by the 19 Northern States of Nigeria. It was learnt that NNDC had won the OPL 809 and 810 since 2007 and had agreed with NNPC on developing the oilfields and getting proceeds in a Production Sharing Contract (PSC) which NNPC already operates with some International Oil Companies (IOCs) and National Oil Companies (NOCs) exploring oil in the Southern Niger Delta.

With an estimated 1 billion barrels of crude oil reserve from the new northern oil wells, Nigeria is expected to gain nearly $73 billion or N32.3 trillion at an average global crude oil price of $73 per barrel benchmark used for the 2023 budget proposal. This earning could be realised over a period of 10 years; depending on when commercial production starts.

At the moment, the Nigerian Upstream Petroleum Regulatory Commission (NUPRC) said crude oil reserves were at 37 billion barrels. With 1bn oil and perhaps gas reserves coming from the Kolmani fields, Nigeria’s oil and gas reserves could shoot up higher.

The Nigerian Petroleum Development Company (NPDC), a subsidiary of NNPC Ltd, had drilled Kolmani River 2 well in 2019 and the Kolmani River 3 well in 2021. By September, 2021, NPDC began shopping for oil exploration firms that could develop the OPL 809 and OPL 810. According to its requirements obtained by Daily Trust, the firms will provide financial and technical services for the integrated development of the assets.

According to officials at NNPC Ltd, the oil field in Bauchi and Gombe axis will be developed by Sterling Global Oil on behalf of NNDC and NNPC Ltd.

The integrated development process of the project entails that NNPC will not only drill the crude there but also build a refinery that will process it into white products and also build a power plant which will utilise the energy from the wells to produce electricity. This is because at over 700km from the coast, export and utilisation options of the crude is tough.

At the upstream level, Daily Trust learnt that there will be reprocessing of about 738 square kilometres of high-resolution 3D seismic data that have been captured earlier for the prospects area. The developers will also engage in delivering the integrated field studies and development plan for the Kolmani Main and the Kolmani South East fields, which are the two prospect areas.

After this is done, the practical drilling and exploration begins and this is what President Muhammadu Buhari will be kick starting tomorrow according to NNPC officials familiar with the oil fields’ development stages. The process also entails actual production of oil and associated gas at the oil wells.

At the midstream level, NNPC and its partnering NNDC, will establish gas processing facilities and a power plant that could generate at least 150 megawatts (MW) of electricity around the oilfield.

While expert firms operate the oil and gas midstream assets on their behalf, the partners will construct, operate and maintain a condensate refinery that could refine a minimum of 50,000 barrels per stream day (bpsd).

Currently, Nigeria has 450,000bpsd refining capacity comprising the Kaduna, Warri and Port Harcourt refineries. The 650,000bpsd Dangote Refinery is also coming on board in Lagos thereby making three large-scale refineries in the South and one in the North. Once realized, the Kolmani Refinery would join Kaduna Refinery in the North.

NNPC spends over N34bn on exploration

NNPC Ltd has continually spent on frontier exploration as captured in its FAAC report. With the new Petroleum Industry Act (PIA) 2022, funding for frontier exploration has risen to 30 per cent, which means the reformer NNPC Ltd would have more funds to develop oil fields in Nigeria.

So far this year, NNPC has spent N14.3bn on frontier exploration service. The August FAAC report of NNPC Ltd showed that it spent N3.8bn in January, N1.2bn in March, N2.9bn in April, N2.1bn in May and N4.2bn in June. It targets spending N29.4bn at the end of year on new oilfields exploration.

A similar report in 2021 showed that NNPC spent N20.681bn on frontier oil exploration in the first seven months of last year.

Commenting on the impact of the new oil exploration in the North, Mr Alechenu Anebi, a petroleum expert, believes it will make all the difference for the north and curb the desire for oil theft and sabotage in the Niger Delta.

He said, “When there is no alternative, the country is often held to ransom by restive youths and saboteurs around oil facilities in the South; with the start of oil production in the North, I believe appetite for such vices will drop.

“I also think it is good for Nigeria because we will have more refining capacity and the fuel scarcity we see in the north because you have to bring petrol from Lagos and other coastal areas will stop as there will be a refinery and oil wells supplying white products in the north.”