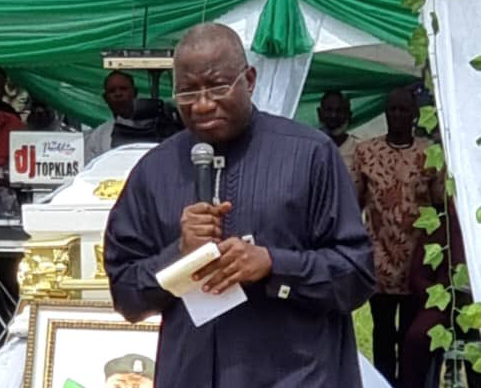 The former president stated this at the 70th birthday celebration of Catholic Bishop of Sokoto Diocese, Matthew Hassan Kukah, held at Sheraton Hotel in Abuja.

Jonathan: How I tackled ASUU strike in one day

Speaking on the theme of the event, ‘Nigeria’s Unfinished Greatness: Next Steps’, Jonathan urged Nigerians to remain vigilant and united to choose leaders that will lead the nation to the promised land.

He said, “The task before all of us is not to lower our guard, lest the democracy we cherish today, succumbs to threats and recedes into fascism tomorrow and there are signs already.

“Looking at the states and so on, we are derailing towards quasi fascist form of government but democracy is not only about winning elections alone, it is about accommodation.

“We as leaders at the centre and at the state level, especially at this time when elections are coming must accommodate different views.”

Jonathan urged the youths that have registered for the 2023 elections to endeavour to walk their talk by making sure they vote on election day.

Dignitaries at the occasion were Presidential candidate of the All Progressives Congress (APC), Bola Tinubu; his running mate, Senator Kashim Shettima; Governor of Ekiti State, Kayode Fayemi; Governor of Plateau State, Simon Lalong and Secretary to Government of the Federation, Boss Mustapha.