The Minister of Women Affairs, Mrs Pauline Tallen, has said as of November 22, 2022, Nigeria has recorded about 11,053 cases of gender-based violence (GBV)… 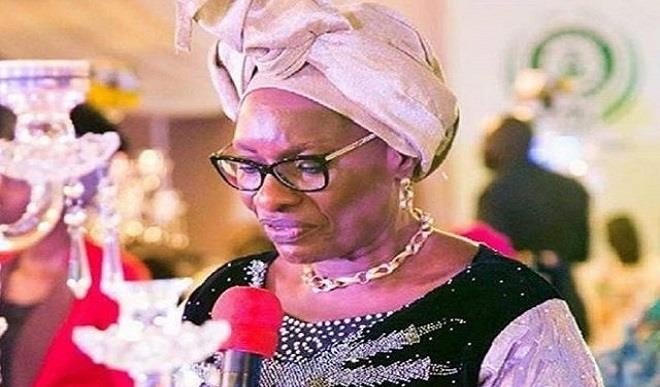 The Minister of Women Affairs, Mrs Pauline Tallen, has said as of November 22, 2022, Nigeria has recorded about 11,053 cases of gender-based violence (GBV) going by the information available from the National Situation Room and Data Dashboard.

According to her, fatal cases numbered at 401, 592 are considered closed cases, while open cases are 3,507.

The minister, who said so far only 33 persons had been convicted, described the development as “unacceptable” and called on the government at all levels to act fast to end violence against women and girls in the country.

She expressed worry over the slow pace of the justice system amid several cases of rape and incest across the country. She recalled that cases of gender-based violence were worrisome during the COVID-19 pandemic.

She said President Muhammadu Buhari, however, took action and showed political commitment against the menace with the constitution of an Inter-Ministerial Committee chaired by the Attorney General of the Federation (AGF); and Minister of Justice Abubakar Malami and herself.

Tallen said National Sex Offenders Register and Referral, which was currently functional in Lagos, Kaduna, Anambra, and Ekiti states, had been updated, calling on other states to join them.

The minister, who also announced that 34 states had domesticated the Child Rights Act and the Violence Against Persons Prohibition Act, expressed optimism that the remaining two states would do so very soon.

She said through a mentoring initiative by UN women, young girls were attached to female chief executive officers to prepare them for leadership.

Tallen added that her ministry attended to the plight of suffering women in various states through first ladies, governors, and commissioners for women’s affairs.

Moreso, the minister lauded Governor Babagana Zulum of Borno State for his support of women empowerment programmes and the reconstruction of the school where Chibok girls were kidnapped.

The minister, who complained that political parties including the ruling All Progressives Congress (APC) did not give enough seats for women, said women deserved 50 per cent of appointive and elective positions and not 35 per cent.

“We are not begging. We deserve it. If you want to turn this country around positively, then we need more women on the negotiations table,” she said.

She tasked the next administration to double the number of women in the Federal Executive Council (FEC).

Tallen also stressed the need to educate more women, saying it was unacceptable to continue to treat gender-based violence as “a family issue.”

She mentioned the launch of a safe space in Kurudu in the Federal Capital Territory (FCT) as one of the empowerment programmes for victims and survivors of gender-based violence. Also, she said National Action Plan on Women’s Peace and Security was underway.