Nigeria not this bad during civil war, says 92-year-old Dutchman

A Dutchman who has spent 55 years in Nigeria, Chief Joop Berkhout, on Thursday condemned Monday’s attack on a moving train by bandits in Kaduna,… 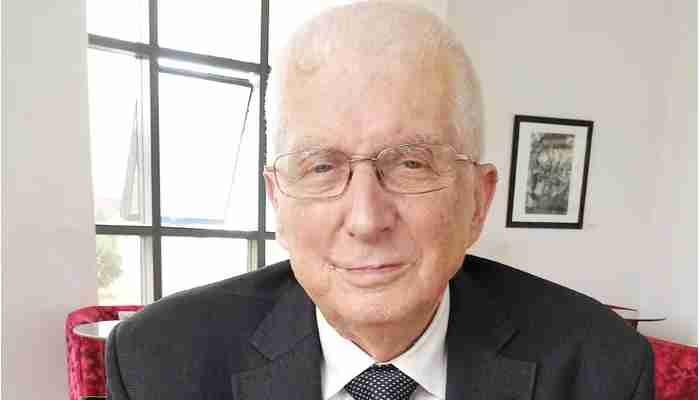 A Dutchman who has spent 55 years in Nigeria, Chief Joop Berkhout, on Thursday condemned Monday’s attack on a moving train by bandits in Kaduna, Kaduna State.

The 92-year old Dutch who described Nigeria as his home said the situation in the country during the civil war was far better than what Nigerians are experiencing today.

Berkhout who clocked 92 on Thursday stated this in an interview with Daily Trust as part of the celebration of his 92nd birthday in Ibadan, the Oyo State capital.

He noted that the major challenge facing publishing in Nigeria is the importation of materials for printing.

Daily Trust reports that as the founding Managing Director of Evans Brothers, in 1967, before he went on to establish Spectrum Books Ltd., in 1978, the Amsterdam-born Berkhout has earned himself accolades and respect among authors and academics in Nigeria.

According to him, the only thing Nigerian publishers are not importing for printing of books from abroad is intellectual property, which he said is the factor responsible for high cost of books in the country.

The nonagenarian who described Nigerians as being highly intelligent and accommodating advised people to give birth to the number of children they can look after.

Berkhout who was conferred with the chieftaincy title of Okun Borede of Ile-Ife for his contributions to the education sector in Nigeria said when he retired as the chairman of Spectrum Books, in 2008, at the age of 78, he found it difficult to quit his love for publishing, saying publishing remains his hubby.

“Railway has also stopped from Kaduna to Abuja. Even during the civil war, the situation was better than what we have today. During the civil war, people could travel anywhere in Nigeria. I could leave Ibadan around 6pm and travel by road to anywhere. I travel day and night at that time.

“The problem of Nigeria is poverty and over population. We need to educate our people not to give birth to children they cannot look after. Some people will tell you that children are gift from God but it is not true. Our people have to consider the number of children they want to give birth to before they get married. If you bite more than you can chew, you will create poverty.”