Nigeria must rise against Babachir Lawal and Yakubu Dogara

All well-meaning Nigerians must rise up against the blatant, dangerous and inflammatory mix of religion and politics now being spearheaded by former Secretary to the… 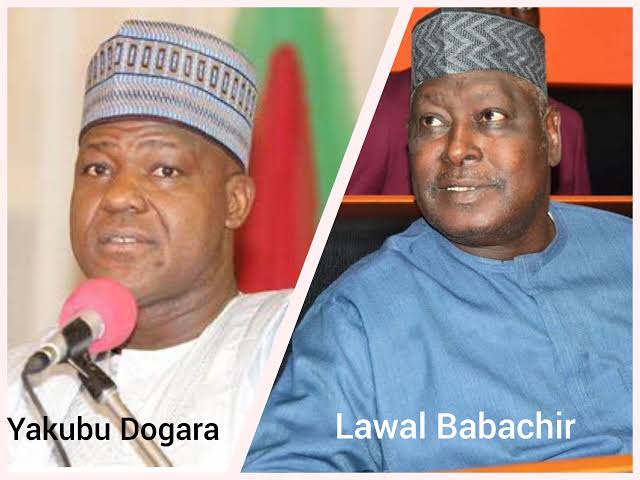 All well-meaning Nigerians must rise up against the blatant, dangerous and inflammatory mix of religion and politics now being spearheaded by former Secretary to the Government of the Federation (SGF), Babachir David Lawal, and former Speaker of the House of Representatives, Yakubu Dogara, before they push us all down the political cliff of the 2023 elections. But to make my point, let me first draw from a recent and instructive example of how dangerous identity politics can be in an election year.

Alika Ogorchukwu, a 39-year-old Nigerian street vendor, and married father of two children, was just this past Friday beaten to death in the northern Italian beach town of Civitanova Marche in public. While he was being clubbed to his death, other people watched and filmed the incident, but no one as much as raised a finger to his rescue. The gruesome killing, of course, sparked outrage right across the country and beyond, even among those whose politics and political rhetoric had stoked the fires beneath it. The Italian police have appropriately designated the killing as a “hate crime”, meaning that the police presume it was motivated solely by Ogorchukwu’s identity as a black immigrant.

The gruesome murder of Orgochukwu cannot be unconnected with the rising levels of anti-immigrant rhetoric by leading Italian politicians like former Deputy Prime Minister and Minister of Interior, Matteo Salvini and his far-right counterpart, Giorgia Meloni, both of whom, until relatively recently, have languished on the fringes of Italian politics and government. But Salvini and Meloni are now both squarely in the mainstream largely because they have succeeded in reducing all issues in Italian politics to just one: immigration, which they then advance as the cause of all economic and social problems through a hate-filled rhetoric that casts native Italians against all immigrants, but especially those of African ancestry like Ogorchukwu.

The result is a staggering shift to the far right and extreme attitudes towards immigrants, even among those who would normally not bother much. By the election of 2018, when Salvini and his party came into government for the first time, some 51 per cent of Italians thought immigrants were a burden to Italy, against only 18 per cent who thought so just four years earlier in 2014, according to polling by the American non-profit, PEW Centre. Equally significant, hate crimes in Italy, including violent hate crimes such as physical assault, shot up dramatically during the same period, from 596 reported cases in 2014 to 1,119 cases in 2019, and has remained much the same to date.

Our own Ogorchukwu now forms part of these sad statistics, but the real point is that extreme focus on single-issue identity politics has consequences in an election year, one of which, without mincing words, is violence between groups primed by hate speech to understand themselves only in relation to the single issue to which all politics and political processes have been reduced. This is precisely the path Babachir Lawal and Yakubu Dogara are now hell bent on dragging Nigeria onto and I wish to warn that we must all rise up against it.

Let me elaborate. Both Lawal and Dogara are politicians who, until their most recent reincarnation as “APC Northern Christian Leaders” had lost almost all political relevance but were looking to reinvent themselves for a place in the next government, should the APC win. Lawal was disgraced out of his exalted office of SGF after demonstrating magically that he could cut grass with blades of cash. Dogara had only recently returned to the APC in part for the same ambition that both men craved: a VP slot on Tinubu’s ticket. Anyone with an ear to the ground of politics in Nigeria in recent months knows this as fact.

In other words, for both men, the first and most important motivation for playing the religious card now is personal, not defence of any religion at all. But this is how the trick works: to masquerade personal failures and frustrations as a defence of some imaginary collective injustice. In doing this, both Dogara and Lawal have deployed a false and deceptive analogy to make their case. As the former Speaker Dogara put it at the weekend, “ the President, Senate President, Speaker and his deputy; Senate and House Leaders; National Chairman and the Deputy National Chairman; Presidential and the Vice-Presidential candidates are all Muslims, leaving the Christians with just the position of VP Osinbajo and Deputy Senate President Omo-Agege at that level in a country whose population is fairly split between Muslims and Christians.”

On the surface, this looks like a sound argument. But it is false. As at today, only the presidential candidate and his running mate matter in this discussion, since it is about the composition of the next government, not the present one. And yes, if the APC wins, and we are still a long way from that, the president and his vice would be Muslims, but the positions of Senate President and Speaker of the House of Representatives would remain open to any Christians within the party. So, what is feared has not yet happened and may not even happen at all. It is wrong to conflate the present with the future that has not yet happened and cite that as evidence of injustice or threat in the present. But the objective, of course, is to reduce the entirety of the issues in the 2023 elections to a religious contest.

Nigeria and Nigerians must not allow that because we simply cannot afford it in this election. Religion should not decide this election for us because as I write, the country is facing unprecedented levels of insecurity; rising prices of goods and services, amid stagnating, and indeed, dwindling incomes and massive loss of jobs; serious crises in the education and health sectors; depreciating currency and more. These issues affect us all regardless of the religious divides. There is no market for Muslims separate from that of Christians. We all shop in the same market to the extent of our varying purchasing power which, for millions of Nigerians, is now near zero.

So, these are the issues to which we must demand answers from the candidates of all political parties, regardless of the configuration of their tickets. After all, each party has fielded only two Nigerians in the presidential contest, and religious affiliation of one or other members on each ticket is not a requirement to appear on it. We should demand from each candidate and each party how they would approach and solve these problems. But we risk sleep-walking to disaster if we allow a few men, for their own selfish reasons, to frame the election solely as a religious matter, not to talk of spewing hate in the process that could heat up the whole country.

But in plying their dangerous trade, Lawal and Dogara are enabled by a media that has itself long traded in such wares for survival. Nothing is more attractive to the dominant Nigerian press, and indeed to the average Nigerian reporters in a majority of the media than to frame politics as a matter of religion. It has become so deeply ingrained that many reporters don’t know any other way of doing journalism. The screaming headlines that have greeted the composition of the APC ticket over the past month are not much different from the kind of rhetoric that prepare the ground for conflict. And yet, even the media, too, can be called to order, as we must.

Finally, and most importantly, the dangerous machinations of Lawal and Dogara have so far been enabled by the silence of many Christian religious leaders and Christian politicians in the APC, and across all political parties.