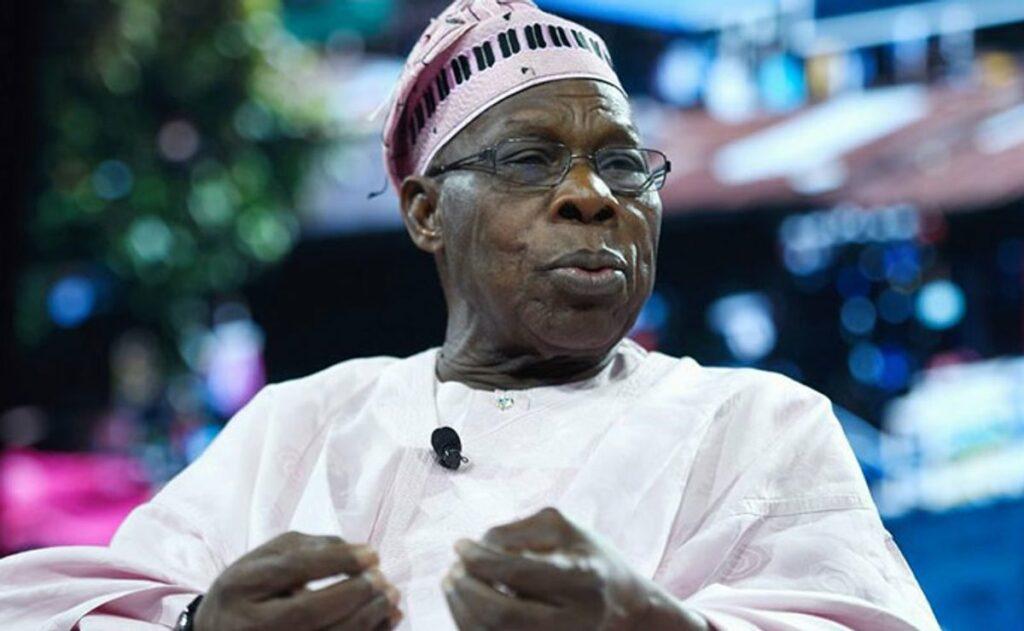 Former President Olusegun Obasanjo has said that Nigeria needs to have national dream and identity which would unity citizens and provide sense of pride and investment in the nation for all.

Obasanjo, who was military head of state (1975-1979) and civilian president (1999-2007) said Nigeria is politically disunited at present, economically nowhere and lost its spot on the table on the international scene.

The former president, who chaired a colloquium organised by the Kings College Old Boys Association to mark the 113th anniversary of the school in Lagos, said Nigeria has never been as disunited as it is today since the Civil War.

He called on Nigerians to elect responsible leaders who have no arrogant and nepotistic tendencies in order to reposition the country and unify its people.

Obasanjo stressed that the country needs a government that understands governance as keeping Nigeria one and a task that must be done.

“Today, we are politically disunited. We have never been this disunited, not even during the civil war. Economically, we are nowhere and diplomatically, what they say to me wherever I go is that Nigeria is not at the table.

“We need to have a government that understands what it means to govern and the responsibility to govern; not arrogance of ignorance, not crying nepotism. If we have the right government that understands Nigeria and Africa, if we do what is right, investment will come. We must have the right instrument to get the right solution to our problems. We have to be where Nigeria must be. Nigeria has no business with poverty, insecurity and even political division,” Obasanjo said.

Speaking on the theme of the colloquium ‘Building Nigeria of our dream’, the former president said economic emancipation and citizens’ wellbeing are central to the national dream.

According to him, weak social cohesion causes distrust as people are reluctant to engage with one another.

“We do not trust ourselves while confidence is totally destroyed and where there is no confidence, there is no togetherness. If we have no dream, then, what can be the inspiration for the aspiration of our youths? What can they look up to or aspire to? We must take being a Nigerian as first and being anything else as second. If we have a Nigerian dream, there will be a vision for our youth.

“The Americans can say they have the American dream, the British can say they have the British dream but in our case, do we really have what we can call the Nigerian dream? For me, the Nigerian dream will start from the national identity, which we can all hold on to. National identity is the foundation of social position. Even when you look into our constitution, there is something we call national ethics.

Delivering her keynote address on ‘Building the Nigerian Economy of Our Dream’, the Director General of the World Trade Organization (WTO), Dr. Ngozi Okonjo-Iweala, stressed the need to build a stronger governance system in Nigeria while she warned Nigerian youths against being carried away by propaganda.

“We need to choose leadership wisely when the opportunity presents itself. We should look at facts, figures and numbers and refrain from being overtaken by propaganda,” the former Nigerian finance minister said.

Dr Okonjo-Iweala explained that her dream for the country is for a Nigeria in which at least 95per cent of the population have access to clean water and sanitation, a Nigeria where quality education is accessible and creates opportunity for all; a Nigeria where the school system functions and universities are not on strike for a long period of time; a Nigeria where everyone have access to basic health care, where infrastructure is in place with technology and internet access and where young people are digitally savvy.

She described Nigerians as the most enterprising and industrious people on the planet. “It gives me great pride. You just give Nigerians the basics and access to these fundamentals of education, health, finance and infrastructure, and Nigerians will do the best. Looking back to the start of the century, the record shows that Nigeria can sustain the strong growth we need to improve people’s lives when we do the necessary reforms and manage the macroeconomic fundamentals.”

The WTO chief, however, lamented that Nigeria lacks a sacrosanct social compact on the economy, saying, “We do not have a social compact that should determine what we should be doing and our economy should be governed. We should have guiding principles to decide how we manage, save, and spend and take vigorous actions on our revenues.”

Also speaking at the event, a former president of the Nigerian Bar Association (NBA), Mr. Olisa Agbakoba SAN lamented that there has been a decline in the quality of leadership since 1999, saying this was caused by lack of appropriate selection criteria and process.

On his part, erstwhile chairman of the Independent National Electoral Commission (INEC), Prof. Attahiru Jega, said the country’s leadership recruitment process is faulty; while calling for the need to pay attention to the process.

According to him, governance has become progressively worse since 1999; lamenting that there is currently a tremendous panacea, lack of responsibility in governance and responsiveness to the needs and aspirations of the people.

He said no country can survive if it continues to be bedevilled by self-centred leaders. “Such people will never move the country forward. What are the leadership recruitment criteria in Nigeria? You must have money and use it; you must have a godfather and you must have money bags to mobilise resources for you and ensure that either by hook or by crook you win. As such, a very narrow set of elites can ever get into politics and can ever get elected into public offices.

“So, accessing power through these criteria requires that their godfathers and money bags who have supported them have to recoup the money they invested, so even with the best of intention, those who get elected through this process fail to deliver on the promises they have made in terms of good governance, and addressing the fundamental needs and aspirations of the people and moving the country forward.

“All of us have the responsibility to address the faulty recruitment process otherwise we will continue to have our challenges and that will be terrible for the future of this country. It is an existential decision that we have to make, these criteria for leadership selection have to change and can only change if we devote our energy and attention to engage more in politics. Young people need to be actively involved in politics. We have allowed a situation in which not only are the young people disgruntled, marginalised from the political process but they are also looking for exit into other ways of livelihood, mostly criminally inspired,” he said.

The former INEC chairman said there was the need to mobilise young people to be active members of political parties as part of the drive for change. Selecting good leaders who can preside over good governance processes, he said has to do with capacity, integrity, experience and exposure.

Commenting on the theme of the colloquium, he explained that dreams cannot be actualised unless there is good governance, and good leaders in charge of the governance that can harness the resources of the country and deploys them rightly.

Nigeria’s future will be great – Osinbajo

But speaking in Abuja yesterday, Vice President Yemi Osinbajo said the future of Nigeria will be far more glorious and peaceful than her past, and the nation’s lights will shine bright, with opportunities, equity, justice, and righteousness despite its present challenges.

The vice president, who delivered “warm greetings” from President Muhammadu Buhari to the congregation, said: “We stand at the gates of a new nation. And we see its lights shining bright: The nation of God’s promises; a nation of opportunities, of equity and justice, a secure and prosperous nation, a nation of laws and righteousness.

“Even if what we see today seems bleak, and dark, we are confident that God who owns the heavens and the earth will fulfill His promises concerning this nation.”