The current wave of insecurity is the greatest challenge to the peace and security of Nigeria since the civil war, according to the Federal Government. 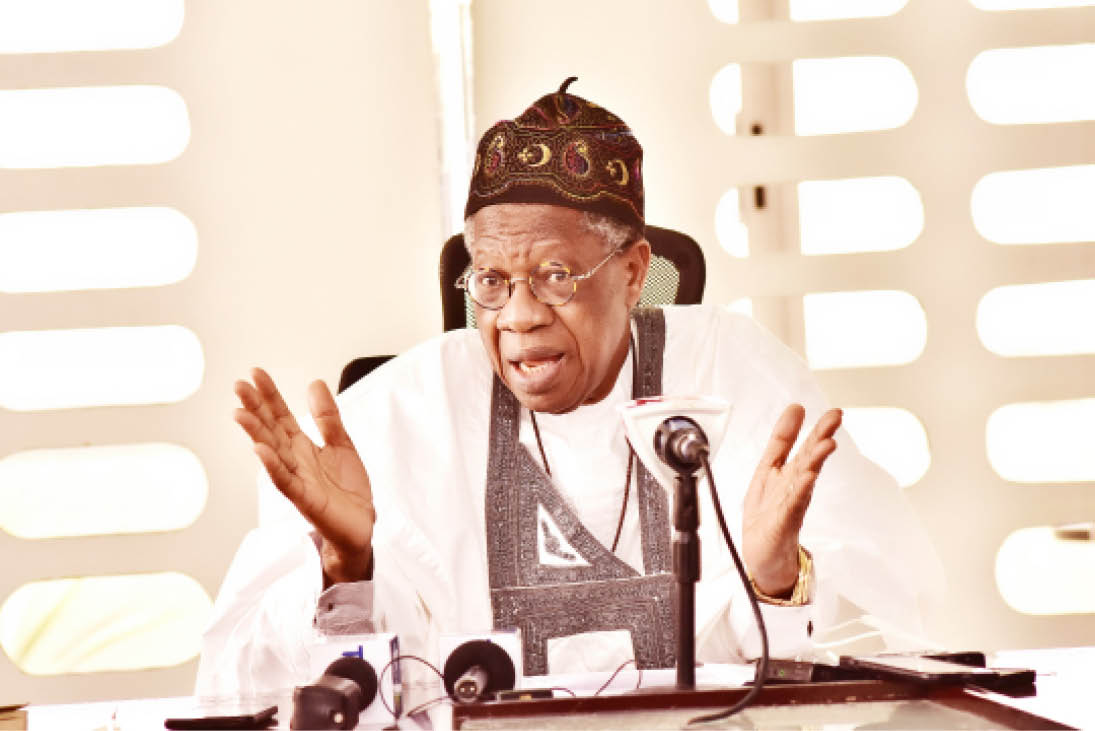 The current wave of insecurity is the greatest challenge to the peace and security of Nigeria since the civil war, according to the Federal Government.

The Minister of Information and Culture, Alhaji Lai Mohammed, said this during a joint security conference in Abuja on Monday.

He said the security challenges “have been daunting, from terrorism to banditry to kidnapping to separatist violence to crude oil theft to armed robbery and sundry crimes. It’s undoubtedly the greatest challenge to the peace and security of our great nation since the civil war from 1967 to 1970.”

According to him, it is the kind of challenge that would have overwhelmed many nations, “but thanks to the purposeful leadership of President Muhammadu Buhari, we can say, I want to repeat, that the worst is over and peace and security are gradually returning to the land.

“Please don’t misunderstand or misrepresent this assertion. We may still witness isolated cases of security challenges here and there, but it will not be on the scale that we have witnessed in the past.

“We want to use this opportunity to salute Mr President for his leadership. When many threw their arms up in the air and felt it was all over, President Buhari remained resolute. When many called for the use of foreign mercenaries to tackle the challenges, especially terrorism and banditry, President Buhari never wavered in his belief in the ability of our gallant men and women in uniform to rise to the occasion, and rise to the occasion they did.

“Some said the security challenges have overwhelmed the military, but the military has now demonstrated that no group of ragtag criminals can ever overwhelm them.

“I am sure you will hear from my colleagues how our military and other security agencies have been decimating the top echelon of ISWAP and Boko Haram, how armed bandits camps and resources have been destroyed, and how the capacity of IPOB/ESN has been substantially degraded.”

The minister noted that whereas in conventional warfare, the parties can declare a truce or cessation of hostilities, upon reaching an agreement, “it is not the same for the kind of unconventional warfare that our military has been fighting in recent years.”

He said the government was not saying the battle was over, but that the military and other security agents had been able to contain “the daunting security challenges we face, and that the worst is indeed over. We have now put the terrorists, bandits and their ilk on the run and we will not relent until they have been crushed.”

He appealed to all Nigerians to continue to support the security agencies in their arduous task of keeping the country safe.

The minister commended the media for continuing to carry out its constitutionally-mandated watchdog role.

He, however, urged the media to also endeavour to give a big play to the recent successes recorded by the security agencies in tackling terrorism, banditry, kidnapping, separatist violence and oil theft, among others, “just as they gave prominence to the reporting of the security challenges at their peak.